Twentieth Century Fox is a division of Fox Filmed Entertainment, one of the world’s largest producers and distributors of motion pictures. The studio’s Oliver Stone film, Wall Street – Money Never Sleeps, was the follow-up to the 1987 sensation Wall Street. Michael Douglas, who played an Oscar winning role, returns to the screen’s as one of the most notorious villains, Gordon Gekko. Gekko, emerging from a lengthy prison stint, finds himself on the outside of a world he once dominated. Looking to restore his damaged relationship with his daughter Winnie, Gekko forms an relationship with her fiancé Jacob (Shia LaBeouf). Can Jacob and Winnie really trust the ex-financial titan, whose relentless efforts to redefine himself in a different era have unexpected consequences?

In September, 2010, Fox, a longtime advertiser on Facebook, had two prime objectives for its campaign leading up to the release of “Wall Street – Money Never Sleeps.”

•20th century fox was aiming to acquire a huge fan-base (its target was 500,000) to its Facebook Page specifically for the film i.e. “Wall Street – Money Never Sleeps”, a goal that would give it a sizable number of people to engage with by providing every information and updates regarding the film.

•The other related objective was using Facebook to leverage word-of-mouth marketing—driving social advocacy to get people telling other people about the movie on Facebook—to fill theater seats. 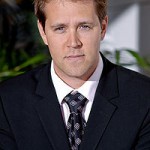 “Ads were important in the overall strategy because they were the front end of the funnel to drive people in. Once they’re on the Page, it’s all about making them an evangelist to help us sell our movie, but the first challenge is to recruit them through impactful creative units, to get them into the club.”
Jake Zim
Vice President of Digital Marketing, 20th Century Fox

20th Century Fox launched its campaign on Facebook about a month earlier than the release date with a series of Target Blocks, which are three-day periods of hulking advertising to a targeted audience. The early phase of advertising included Premium Video Ads and Premium Like Ads with content centered on the return of Gordon Gekko 23 years after the movie’s original release. “We wanted to invoke the Gordon Gekko Mystique to fans of the frst film,” says Jake. “The legend. He’s back. He’s out of jail.”

In the mid weeks, the advertising part focused on LaBeouf and Mulligan, with Premium Like Ads, stating that “Shia LaBeouf stars in WallStreet.” Almost all of the of the ads were used to encourage people to like the movie’s Facebook Page for exclusive updates and clips from the movie. “It’s the story of a guy, ShiaLaBeouf, who was conflicted between the two things that he loved—money and the prestige that comes with having money—and the girl that he’s madly in love with,” says Jake. “So on the Page,what we tried to do was create content that spoke to his conflict through those creative messages.”

For the resulting phase, 20th Century Fox  ran a “Reach Block,” a type of advertisement buy on Facebook that guarantees a brand will reach 100 percent of its target audience over a 24-hour period on Facebook Home Pages and other premium locations. Not similar with the previous ad buys that targeted specific ages, the Reach Block was broad, serving ads to everyone 13 and older. “Ads were important in the overall strategy because they were the front end of the funnel to drive people in,” says Jake. “Once they’re on the Page, it’s all about making them an evangelist to help us sell our movie, but the first challenge is to recruit them through impactful creative units, to get them into the club.” Jake continues that the creative specs on Facebook can present challenges for digital marketers of movies.

•According to media research firm CinemaScore, 26 percent of people interviewed in an exit poll after seeing Wall Street – Money Never Sleeps told that they remembered seeing advertising for the movie on Facebook.

•Approximately 260,000 people liked the Wall Street-Money Never Sleeps page on Facebook, giving Fox a huge number of people to engage with on movie content and updates, but well below their stated goal of 500,000

•A tracking study found more than 1.1 million people on Facebook thought out in advance to see the movie after being exposed to the ads. The study also suggested that the movie collected about $4million in opening-weekend box office for 20th Century Fox.

Jake says he’ll continue to look for ways to create conversations that lead to box office. “Social media as a platform in general is perfectly aligned with that objective in that it is architecture built around conversation,” says Jake. “And Facebook is sort of the epiphany of what is inherently a network world laid out online so those conversations can spread.”Jake adds that marketing has basically reached an infection point. “Most of us digital marketers and marketers are adjusting to the understanding that the control is really in the hands of the users,” says Jake. “And we have to give them the right materials so that they will become evangelists for our product.”