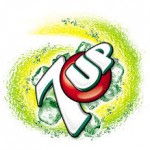 Cricket is considered as a religion in our nation. It unites people belonging to all creed. Cricket fans across the nation are bound together irrespective of their financial differences. The die-hard fans of cricket follow each and every match, cheer for their teams and participate in various discussions and debates surrounding it. People would like to be a part of the game in some or the other form if given an opportunity.

There are people who join various groups over social networking sites to stay connected and updated with various cricket news. These groups keep the interaction lively and attract more and more fans. Social networking sites have become a powerful medium which help people to get connected to other like-minded people and contribute to a varied mix of conversation.

7UP Lemon has used the wonderful amalgamation of cricket fans and a powerful social networking site to achieve their business goal.

7UP Lemon is a soft-drink brand managed by PepsiCo. This lemon flavoured drink has evolved over a period of time from its place of origin in St. Louis in 1920. It is one of the most liked beverages and a well-established brand in the soft-drink industry.

7UP lemon along with Hungama which was their online media partner, carried out an online campaign called 7UP Lemon Pattalam Online Championship.

This was a cricket game which could be played online. The inspiration for this online game was taken from the actual on-ground cricket match. The crazy fan followers of on-ground match were very thrilled to be a part of this online game because this game gave them an opportunity to play and experience the whole event.

Business Objective of 7UP Lemon

The following were the business objectives of 7UP Lemon:

Strategy Used By 7UP Lemon

In order to achieve the above mentioned objectives, 7UP Lemon used Facebook as their medium. The launch of the online game, 7UP Lemon Pattalam online championship, was planned at a time when the actual on-ground match was being played. This gave a wide coverage to the campaign.

Hungama, which is a well-known and leading digital media agency of South Asia, carried the entire program on their able shoulders. Hungama is known for its various successful campaigns which has helped them to bag many awards. Hungama took 7UP Lemon campaign to the next level leading them to success. Hungama has also created ‘7UP Dance with Allu’ campaign which is one of the first successful internet and mobile reality promotion.

The following were the highlights of this online game:

The perfect mix of good gaming strategy allowing more than one player to participate, a popular online medium like Facebook which could be accessed easily anywhere & an on-ground real cricket championship, helped to take the entire campaign attain a new level. An exact replica of actual on-ground cricket was the highlight of this online game. People could connect better and visualize the entire event because the on-ground cricket match was also going on simultaneously and people wanted to experience the same thrill online.

The following were the steps followed to make the participation uncomplicated:

These were some of the cool features that were included in the 7UP Lemon Pattalam Online Championship.

The results of 7UP Lemon Pattalam Online Championship was overwhelming. It indicated the respect people had towards cricket. The following were the outcomes of this online campaign.

Any event associated with a cricket match gets a huge fan following in our country. The reach of this game is up to every nook and corner of this nation. People watch matches with lot of dedication and cheer for their teams extensively. 7UP Lemon targeted the right set of people and used an amazing social media campaign to increase its fan base. The very motive of this campaign and the various aspects supporting it could be achieved by using social media marketing as their primary tool. This gave an enormous reach, thereby making this virtual game a hit!