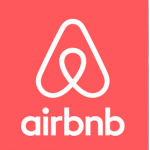 AirBnB formerly known as AirBed and Breakfast is an ingenious digital start-up in an industry which generally isn’t on the top of the mind among general public. It is an intermediary between hosts who want to rent their accommodations and travellers who want to hire them for the period of their trip. Having founded in 2008, AirBnB has catapulted the idea of home renting into mainstream. It was founded by designers Brian Chesky and Joe Gebbia who created the site to list their loft open for renting. This listing got them 3 renters willing to pay $80 each. Cut to year 2016, the site now boasts of 640,000 hosts, 2 million listings, $25 billion valuation with a presence in 57,000 cities and 192 countries across the globe.

Having created the site, the primary objective of the founders was to get as many hosts as possible to list their accommodations on the site.

The second objective was to generate trust in the listings and drive a sense of endorsement by people you know.

The third aspect that AirBnb wanted to focus on was how different the stays with them are from the conventional hotel stays.

Finally the ongoing objective of AirBnB now is to drive user engagement by making them feel appreciated and empowered.

When AirBnB was just taking off, the primary aim was to get as many hosts to list as possible. The primary competitor of AirBnB back then was Craigslist on which people used to offer and look for short term housing. To achieve their objective of maximum customer acquisition, AirBnB leveraged on two digital marketing giants viz. Craigslist and Google.

Craigslist being the incumbent in the short term housing space, held most of the target market AirBnB wanted to acquire. AirBnB saw a potential in this and offered users who listed on AirBnB to list on Craigslist as well. However, this wasn’t enabled by a sanctioned way agreed with Craigslist. AirBnB reverse engineered the listing process on Craigslist and figured out that Craigslist saves the listing information in a unique URL. Airbnb was able to work around a way to visit Craigslist, snag a unique URL, input the listing info, and forward the URL to the user for publishing. The user used to get a mail as shown below after listing on AirBnB. By clicking on the link, the user’s listing would be posted on Craigslist too. Another strategy that was stealthily executed by AirBnB was whenever anybody posted a listing on Craigslist; the user would get an email from a person seeming to be interested in the listing and asking the user to check out AirBnB too. The AirBnB marketing team realized that in order to attract customers their offers had to be more visually appealing. This led to them tying up with Google and investing in search ads. With this the company was able to scale up their listings from less than 10,000 to 80,000. The banner ad campaigns featuring images of real listings helped them reach international audience.

After having achieved phenomenal growth in the listings adopting methods like above, AirBnB users availing the offers now wanted to find places which are owned, visited and endorsed by someone in their social circle. In 2011, the company introduced AirBnB Social Connections which leverages users’ social graphs via Facebook Connect. On enabling Social Connect, listings would show avatars of mutual friends who have stayed with the host or are friends with the host. It also allowed guests to search for hosts based on other factors like alma mater.

AirBnB is not a hotel or does not tie up with hotels for accommodation. The USP of AirBnB is the opportunity for travellers to experience the place of visit more closely like a local rather than like a tourist. To drive across this point, AirBnB started the Neighbourhood Guides which highlight the nuances and characteristics of specific neighbourhoods that comprise a larger city.

The information about the neighbourhoods is crowd sourced, it show cases local favourites on an interactive map while a blog and events calendar highlight the activities and places unique to the local area.

In 2013, a 4.5 minute movie was made using only short video clips from Vine. Airbnb became the first company to write, produce, and direct crowdsourced content from 42 Twitter followers who were given specific directions and a timeframe to submit their work.

With a two pronged strategy of engaging users and encouraging user generated content that fits their brand, AirBnB launched a contest where current accommodation hosts create a 15-second video about their favorite local spots and post it on Instagram. Another social campaign was to urge users to create customized AirBnB logo and share it with a photo and their favourite AirBnB memory. The posts were tagged #BelongAnywhere.

The results of Craigslist integration were numerous. AirBnB could access a hoard of potential users via Craigslist. The other benefit was that AirBnB listings were far superior to the other properties available—more personal, with better descriptions and nicer photos which made them more appealing to Craigslist users. Once those Craigslist users made the switch, they were more likely to ignore Craigslist and book through Airbnb in the future.

The Social Connections helped users to book more confidently as they could see some relations in common with the hosts which inherently drove a sense of belonging. People could now stay with mutual friends, people from your school or university, or hosts that your friends stayed with and recommend.

AirBnB Neighbourhoods, led to increased user engagement, as people continuously returned for information. It also helped them to make decisions of their travel based on how interesting the neighbourhood of a destination is.

Finally the social media initiatives, helped in generating user engagement and generating user content which AirBnB could then share through various social media channels using hashtags. By this the brand got visibility and increased awareness, communicated with contestants and followers directly, and spread out the company’s overall philosophy.