If there is an ingenious invention of the current day, then it suitably would be that of the blockchain. Blockchain technology has become the backbone of the internet by helping digital information to be distributed but not copied.

According to Glassdoor, blockchain jobs saw a 300% increase between 2017 and August 2018. Blockchain certainly is a disruption and is here to be. If you want to start a career in the blockchain, then today is the best day for that.

In this article, we will focus on the most frequently asked blockchain interview questions and the best way to reply to them.

Diving into the Most Frequently Asked Blockchain Interview Questions

The blockchain is a new buzz and a career in blockchain is the new dream of technology graduates. Without further adieu, let us move onto the most frequent interview questions on blockchain.

Q1. What are the major differences between Bitcoin blockchain and Ethereum blockchain? Ans: There are a few differences between the two:

Ans: The biggest advantage of blockchain which has made it so popular is its ability to enable information to be distributed without letting the users copy it.

No, there are three types of blockchain; Public, Consortium, and Private.

Q3. What are the types of records that are present in the blockchain database?

Ans: There are two types of records in any given blockchain database. They are:

While both are easily accessible, you may also integrate one of them with the other.

Ans: The four main key features of blockchain are:

Q5. What is encryption? Does it have a role to play in blockchain? Ans: Encryption is a process that helps the owner to keep his data safe. As data security always has been a challenge, organisations heavily rely on encryption for data security.

Encryption as a process has a unique methodology. It changes the data and encodes it when it is sent out on a network. This ensures that only authorised people can access its information.

Yes, Blockchain heavily relies on it as a process and an approach to secure data. Blocks become secure and remain authentic though this approach.

Q6. We spoke about securing blocks, what are these blocks?

Ans: Records that form the core of data in a Blockchain are stored in blocks. These blocks, when linked to other blocks, create a chain which is called Blockchain. So, the blocks are the basic elements that come into existence by amalgamation of data.

Q7. Is there a difference between Wei and Ether?

Ans: Yes, there is a difference between Wei and Ether based on their value. We can say that many Wei comes and add themselves up to create an Ether. To make it simpler, Wei is like currency, and 1 Ether or 1 ETH = 1⁰¹⁸ Wei

At some point, the blockchain interview questions are going to get a bit complex. For a fresher, a lot of questions asked would be theoretical. This helps to understand the clarity of concepts of a candidate.

Ans: One general advice while taking a blockchain interview is that you need to be sorted and confident about what you say. It is okay to pass on a question or to mention that you are only guessing if you are unsure about any particular one. It really gives you a chance to relax and be authentic.

Coming back to the question, answering this one is pretty simple. Security Policy defines the things that need to be secured on a system. It binds a user within some protocols that it must agree to and follow. This enhances overall security. Usually, it is observed with crucial information, a layer of security policies is implemented.

A Peep into Advanced Blockchain Interview Questions and Answers

Blockchain technology interview questions will get more and more advanced to ascertain your real understanding of the subject. Experienced candidates should expect more of these interview questions on blockchain. Being confident and speaking out well are a key to your success here.

Here we bring you some of the top blockchain interview questions and answers.

Q9. What are the most extensively used cryptographic algorithms? Ans: There are a few of them. The most important of them are:

Q10. Is RSA a secure algorithm?

Ans: Yes, RSA is a very secure algorithm. But there are different ways that this algorithm is attacked. It may be attacked by brute force, and occasionally attacked mathematically.

Q11. Does Secret Sharing have any significance in blockchain technology?

Ans: Security is the most important part of a digital transaction and developers have used the approach of Secret Sharing for this very purpose. This approach helps in diving the secret and personal into units that are different and then sends these to users on the network.

Q12. What are off chain transactions?

Q13. Which threats to information have you come across? Ans: Seemingly a very practical question, you may delve into some theory while answering this one. Threats to information are increasing on a daily basis. Increased transactions mean, increased attempts to hack the systems, especially ones that contain financial information. Listing out the threats you should talk about the threats that you face, or some general ones like identity theft, sabotage, software attack or information extortion.

Ans: Yes, it occurs when a group of people hold greater than 50% Network Hash Rate. In this instance, these people can easily manipulate transactions. Although, this is in truth likely to be a hypothetical situation but is a common part of blockchain developer interview questions.

Q15. What elements make up the block of a blockchain?

Ans: There are three main elements:

Q16. In what order are the blocks linked in the blockchain?

Ans: It is seemingly a very obvious question, but many miss its answer. Blocks are always linked in a backward order. Each block gets linked to its previous block.

Q17. What are the perils of information leak to an organisation?

Ans: Not only can an information bring a company into crisis due to reputation harm, but it can also bring about financial losses to an organisation too. Lost trust of customers affected may result in a depletion of repeat business. 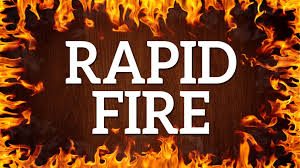 Let us now look at some questions that require short and succinct answers. Nevertheless, these are very important blockchain technology interview questions.

Q18. Is there a way that a block may be recognised in a Blockchain?

Ans: Yes, every block has a pointer that acts as a link to find it.

Q19. Can you modify the data in a block?

Ans: No. Once you have saved the information, to modify it, you would have to erase all information that rests on other associated blocks.

Q20. How can blocks be identified?

Ans: Blocks can be identified by their height and block.

Q21. Can you remove a complete block from a network?

Ans: Yes, it may. There are default options and filters that can help us do this.

Q22. When a distributed digital ledger records a transaction in Blockchain. In this instance, what does the system rely on?

Ans: Network Servicing Protocol & Nodes of Network are there to be relied on in such an instance.

Q23. Where is a blockchain stored?

Ans: It can be either stored as a flat file or as a database.

While these blockchain interview questions and answers are of great significance, nothing beats doing your homework and understanding the technology well. But nevertheless, this set of questions is a great resource that you must go through several times if you about to sit in a blockchain interview.

A Marketing Communications Specialist with 7+ years of experience in the ‘promotions’ aspect of Marketing. He designs Digital Marketing Strategies coupled with executing SEO, Content Marketing, E-Mail Marketing, Communications, Branding, Public Relations & Social Media Campaigns. With a British Master’s degree in International Business to his credit, he is a strong 360° Marketing Professional. Everything You Should Know About Blockchain in IoT

There is a very important reason that blockchain in IoT is needed so urgently. IoT(The Internet of Things) has not...