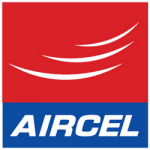 Aircel was founded by  Chinnakannan Sivasankaran in the year 1999. It established itself is as the key mobile network provider in the south Indian region of Tamil Nadu. Shortly after, It quickly rose to be the current  5th largest Indian Mobile service provider. Aircel is the telecommunications market leader in Tamil Nadu and has considerable presence in Odisha, Assam and North-East telecom circles.
As part of recent survey conducted in March 2017, Aircel now has a subscriber base of 90.9 million subscribers.

Aircel is now a joint venture between Apollo Hospitals Group of India and Maxis Communications Berhad of Malaysia. Currently, Aircel owns around 8.44% share of the Indian telecommunications market. LWT is in the business of Digital PR and related services to brands and agencies across India with a bag of influential storytellers on all the eminent digital platforms such as Blogs, Instagram, Twitter, Snapchat, and YouTube.

Isobar is a global full service digital marketing agency, driven by the purpose to deliver borderless ideas enabled by technology, to transform businesses and brands. We have over 6,000 digital pioneers in over 85 locations, across more than 45 markets worldwide. Isobar has won over 250 awards in 2016, including 19 Agency of the Year titles and Asia-Pacific Digital Network of the Year for the fifth time in the past six years. Key clients include Adidas, Coca-Cola, Enterprise, Google, GM, Huawei, Lego and P&G.

In 2014, the decreasing number of tigers was becoming a national concern. According to the United Nation, the number of Tigers remaining all over the world is a dismal number of around 3000, Out of which only 1706 remain in India. Aircel decided to take this matter seriously and aimed to create massive awareness regarding the same to their digital audience beginning with a simple hashtag “#SaveOurTigers”.

Aircel Save Our Tigers campaign

Social Media Goals of the campaign

Aircel decided that Influence Marketing would be the best way to get the message spread to a large audience as quickly as possible.

What is?
Influencer marketing (also influence marketing) is a form of marketing in which focus is placed on specific key individuals (or types of individual) rather than the target market as a whole. It identifies the individuals that have influence over potential buyers, and orients marketing activities around these influencers.

In order target a large audience for their campaign on all social media platforms, Aircel used divided the entire campaign into 3 influence segments.

Around 400 influencers were used to spread the #SaveOurTigers campaign among their respective followers on Twitter. Being a very effective tool to broadcast daily short burst messages, The influencers could reach a vast majority of their followers with the least effort.

A microsite is a separate page of a Web site that has a separate URL than its home page and is used to provide information about and/or promote something that is related to the home page.

Aircel created one as part of the campaign. The website contained posts that could easily be shared on social media. The website also prompted the visitors to change their respective profile/cover photo, to that of  the campaign.

An approximate amount of 650 influencers visited the microsite and either shared or updated their profile/cover photos on social media.

#SaveOurTigers, was an immense success on International Tiger Day, leading to a massive number of impressions on social media with the support of the influencers.

As a company, they did their bit to help save tigers with the help of their followers and influencers.

Aircel also teamed up with NDTV to create a yearly event for this campaign featuring many more celebrity influencers, conferences as well as a dedicated website to help keep the public up to date with all tiger related news and future campaigns.
With yearly campaigns to spread awareness and top celebrity influencers taking part, This strategy helped Aircel to forever incorporate itself as the brand associated with regards to saving Tigers in India.

A social influencer is someone who wields influence over a group of people on social media. By following the below 3 simple guidelines of selecting the RIGHT influencers –

Your Brand/Campaign can achieve a phenomenally large amount of impressions and reach to the relevant audience, with the least amount of effort. It is not always necessary that every influencer selected be a Bollywood celebrity. Using websites such as influcencer.in, Look Who’s Talking and Billion Blogs, You can hire hundreds of relevant influencers potentially reaching Millions of targeted and relevant people. All achieving better ROI results on your social media campaign.

← Prev: How To Learn Social Media Marketing: 4 Steps To Comprehensive Learning Next: Role Of GIFs To Improve Website Performance →