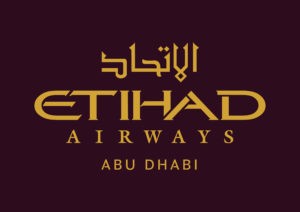 Etihad Airways was established in July 2003 by Royal Decree in Abu Dhabi. It is the official airline for Abu Dhabi has been voted as the ‘Leading Airline of the World’ seven times by the World Travel Awards. Etihad Airways is currently one of the youngest, fastest growing and most successful airlines in commercial aviation.

Since inception Etihad has been focused & original with its efforts of gain market share in both the economy and luxury segments. With its expansive presence in the largest growing countries (in terms of GDP) it has been successful in achieving its goal of tapping flyers for both these segments. The airline has exhibited the strongest operational performance and has carried a record amount of revenue passengers and cargo to date. (Etihad,2014)

While most of the airlines nowadays are cutting services to provide low-cost travel options, Etihad firmly believes in providing advanced services to enhance customer experience from smart seats economy to personalized services.. They have been successful in attracting travelers who are willing to spend to get better experience. The strategic approach of the airline had been not to be the biggest airline but about being the best via their three-prong strategy of organic growth, code shares and equity partners.

Social Media has been an important part of Etihad’s marketing strategy especially in the last 2 years. The creative initiatives have not only connected the airline with the guests but also instilled a sense of community among them.

In 2014, the airline initiated #EtihadSuggests hashtag offering suggestions & tips to the travelers across the world via Facebook and Twitter. Over a year the hashtag received over 713 million impressions.

Once again in December 2014, Etihad airways pioneered the flying #reimagined campaign on social media to announce its new A380, B787 products and the pret-a-porter concept uniforms for the crew. The objective of creating a stir on social media was duly met and the airline was able to receive over 4000 mentions on different platforms.

One of the latest and innovative initiatives by the airline was to connect all Etihad elite travelers via an exclusive twitter account – @EtihadPremium. This was made to have all the gold & platinum tier Etihad guest loyalty members on one exclusive group and to give them their due distinction.

In 2015, the airline outdid itself with its marketing initiatives once again and launched one of the most popular and frequently watched advertisements of the year. This was done to introduce to the world a product which is exclusive to Etihad– The Residences on-board the A380.  The advertisement was launched on YouTube with its hosting channel as TVC and it featured Nicole Kidman – leading Australian actress.

As mentioned by many critics and bloggers what Etihad does best is marketing its products and services. The commercial true to Etihad’s image exhibits luxury and a very classy way of introducing ‘The Residence’. A 1.04 minute advertisement shown in 60 and 30 second format has been successful in teasing the guests and planting a seed of want in their minds. Hashtag #Reimagined created uproar on social media and lead to over 5 million video views on Youtube. The ad is carefully structured with glimpses of modern architecture in Abu Dhabi and a glimpse of the soon to open Louvre introducing not only the product but also the city to the travelers.

Monetarily, in 2014 & 2015 Etihad airways has realized over US$ 20 million in revenue from social media, which is 17 times return on investment. In Oct 2015, Etihad Airways was named the ‘Best Overall in Middle East’ at the SimpliFlying Awards 2015. This award recognizes the excellence and innovation in social media and marketing campaigns in the aviation industry. Currently, Etihad Airways has more than 2.8 million followers across all of its social media channels. (Gulf News, 29thOct)

The social media initiatives of Etihad Airways have been ground breaking in 2014 & 2015. They have been successful in leveraging their social media initiatives to inspire and involve guests especially through flying #reimagined. Etihad Airways with this unique commercial and attractive hashtags has been able to create and expand its family of guests on various social media platforms – not only the frequent travelers but also the travelers who now aspire to fly with Etihad. They have been successful in creating a brand value to their name with the help of these various efforts on twitter & YouTube. Lastly, the decision of having Nicole Kidman feature in the commercial was an interesting one. With her past choice of movies and previously brand ambassadors for Omega & Chanel, Nicole Kidman is viewed as a lady of elegance and lavishness. The image and trust that she carries with herself truly passes on the message of  the #reimagined advertisement – one-of-a-kind, class and panache which is what ‘The Residence’ accurately is.

← Prev: An Interview With – Dr. Vikram Venkateswaran, Marketing Leader and Digital Evangelist Next: Case Study on World Wide Fund : Don't Let This Be My #LastSelfie →