Visual Basic for Applications, better known as Excel VBA, is a programming language used in many Microsoft apps. A VBA application can automate your business procedures. It allows you to access the information, irrespective of your physical location. In addition to consolidating your data in the cloud, VBA has several other benefits. However, Microsoft Excel VBA programming is not everyone’s cup of tea. Enrolling for an MS Excel VBA tutorial will teach you the business benefits of VBA. You will learn how applications like data-entry spreadsheets that can generate reports and how Excel VBA can improve your entire management tracking system. Learn Excel 2003 VBA tutorial to know the basics of VB programming.

Excel VBA Tutorial will also give you insights on the endless opportunities to build efficient business processes to do more with the data. Signing up for a VBA tutorial Excel 2016 will help you learn the new features in Excel and also improve productivity at work.  Here I have explored Excel VBA in details and what an Excel VBA Tutorial can do for your career.

What is Excel VBA?

Excel VBA stands for Visual Basic for Applications. VBA is a combination of Microsoft’s event-driven programming language Visual Basic with Microsoft Office applications such as Microsoft Excel. It enables you to automate various activities in Excel, such as generating reports, preparing charts & graphs, calculations, etc.

Macro: Macro is one of the most useful features in Excel 2003 VBA and Excel 2016 VBA. Most MS Excel VBA tutorials include a separate section on Macros. Macros in Excel VBA allow you to automate tasks in Excel by writing. 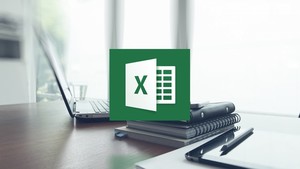 Range Object: In Microsoft Excel VBA, a range is a collection of cells. A range can be 2 or more cells and those cells don’t necessarily have to be adjacent to each other. The Range object, which is the representation of a cell (or cells) on your worksheet, is the most important object of Excel VBA. There are many things that you can do with ranges in Excel such as copying, moving, formatting, and naming ranges. Here is a list of topics that explain how to use ranges in Excel.

Collections: Many VBA excel functions objects come in both singular and plural forms—Workbook and Workbooks, Worksheet and Worksheets, and more. The plural varieties are called collections. Collection objects are used to do an action on numerous items in the collection. This function, which is included in Excel VBA Tutorial courses, is used:

Loop: Looping is one of the most powerful programming techniques in MS Excel VBA. It is usually covered in most MS Excel VBA tutorials. If you want to perform the same task multiple times VBA Loops can be used.  The VBA Loop types can be of three types:

A loop in Excel VBA enables you to loop through a range of cells with just a few codes lines.  The Visual Basic ‘For’ loop takes on two separate forms. These are the For … Next loop and the For Each loop.

The For … Next loop uses a variable, which cycles through a series of values within a specified range. The VBA code inside the loop is then executed for each value.

Excel Visual Basic arrays are structures which are used to store a set of related variables of the same type. Each of the entries in the array can be accessed by an index number. Arrays can be one-dimensional, multi-dimensional, and dynamic. Arrays are part of all MS Excel VBA tutorials

Properties and Methods: You can operate objects by setting their Properties and calling their Approaches. Setting a property alters some superiority of the object. Calling a method causes the object to complete some action. For example, the Workbook object has a Close method that ends the workbook and an Active Sheet property that signifies the sheet that is presently active in the workbook.

PivotTables: PivotTables allow you to transform and analyze data in a structured manner. Just select a range of data (data in columns with headers) and select the ROWS, COLUMNS, and VALUES for your Pivot Table! You can also create custom columns (based on formulas), summarize data by groups/rows/columns etc. There is almost no limit to the possibilities. Filtering and Sorting Data: Filtering and sorting your data is just as useful as using PivotTables. Excel is meant to transform and analyze data and filtering/sorting is one of the key elements. When provided with a table of data you will probably want to sort the data in a descending/ascending manner or filter out rows based on some features (values in certain columns). This is a must-know feature. Conditional Formatting: Analyzing/transforming data is important, but it is just as useful to be able to identify variances in a range of values using graphics like colors, bars or icons. Conditional formatting can allow you to notice patterns in data values which might not be obvious when looking at raw numbers.

Microsoft Power Add-Ins are one of the more commonly used Excel features, that include PowerPivot, PowerQuery and PowerMap powerful Microsoft developed Add-Ins for Excel. Harness the power of Big Data, SQL, complex pivots and charts with these fantastic Add-ins! The PowerMap is a relatively new member of the family delivering nice bells and whistles to your Workbooks!

PowerQuery allows you to easily harness data and access to external data sources such as files, the Web, databases etc. and more easily manipulate and cleanse data. PowerQuery enables you to process enormous data sources/tables counting millions of records (more than an Excel Worksheet can contain).

Want to learn much more about VBA programming in Excel? You can find related examples and features on Excel 2003 VBA tutorial, VBA tutorial Excel 2016. Excel has several other uses that may not have been covered here. Play around with visualize complex data or organize disparate numbers, to discover the infinite variety of functions in Excel. Strong knowledge of excel is a boon if you are looking forward to a career in data analytics.

A career in Excel VBA

Excel and Excel VBA both are used almost in all industries; Excel for reporting MIS, Data Analytics and research work whereas VBA is used to automate the Excel task to save time. Candidates with a strong knowledge of both Excel and VBA are never short of work. Since most multinationals need finance guys with a mathematics/accountancy background and a proficiency in Excel and Excel VBA. Qualified candidates may look for roles like MIS Analyst or Reporting Analyst. Since MS Excel is getting enriched with newer features and functionalities, updating your technical skills and database automation becomes imperative for a steady career growth.

Enrolling for an Excel VBA tutorial will open new doors of opportunities for you. We offer one of the best-known courses in the Certified Data Analytics Course. The course enables you to learn tools such as Advanced Excel, PowerBI, and SQL.  The live projects and intensive training programme also empower you to come up with solutions for real-life problems.