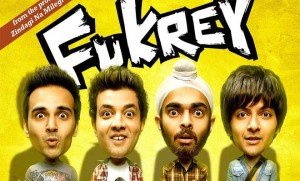 Fukrey is an Indian comedy movie released in June 2013 by Indian film studio Excel Entertainment Ltd based in Mumbai. Excel Entertainment was created in 1999 by Farhan Akhtar and R Sidhwani. In-spite of having a relatively unknown and not so famous cast, Fukrey did great on the box office performance and was able to garner more than 200% profits. It adopted good social media marketing strategy, effectively utilising platforms like Twitter as the primary channel, while Facebook playing the supporting role. This had great impact before the release of the movie and translated into continuous organic growth on social media even after the release of the movie.