Garnier Men is a global male grooming brand owned by the French cosmetic giant L’Oreal. Garnier Men has become the premier male grooming brand in India. Garnier specialises in hair and skin care products. Since its entry into the Indian market in the year 1992, L’Oreal has been very innovative in their marketing strategy whether its teaming up with famous celebrities or the latest ‘Click to missed call’ campaign they ran successfully on Facebook. Garnier has been consistently ranked among India’s most trusted brands as per the Brand Trust Report.

The business objectives was to generate high sales by teaming up with social media giant Facebook during the IPL season. Facebook in partnership with ZipDial created the new ad format which was very successful in reaching to the right target market.

Men’s grooming is the new obsession in India with many cosmetic brands trying to tap this market by coming up with grooming products for men. Many companies are still using the traditional marketing mediums like T.V., Radio, Magazines and Newspapers to promote their products. However, social media is gaining increasing popularity in India with increasing user base. The innovative approach adopted by Garnier to reach out to their target market via Facebook is unprecedented but definitely not surprising. 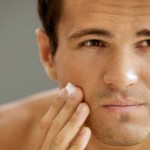 In the new ad campaign, Garnier men ran photo ads on Facebook asking users to click on the ad to get an opportunity to meet their favourite cricketers from Rajasthan Royals, win match tickets along or official merchandise. Garnier Men is the official partner of the Rajasthan Royals team in the IPL since 2013. Clicking the ad would allow users to place a missed to an auto populated number that appeared on their phone dialer. The users would receive a return call and get additional features like cricket scores and messages by celebrities. The user would then get an SMS which would ask them simple questions that the users can answer to enter the contest. This was done with technical assistance from ZipDial which carried out the follow-up engagement with the user. 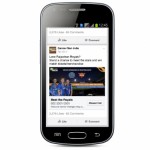 With 100 million monthly active users, Facebook has the second highest user base in India after the United States. 84 million users access social networks through their mobile phones in India. Clearly, Facebook saw a huge marketing potential and hence teamed up with Bangalore based company ZipDial for their new initiative. India’s obsession with missed call was also a factor that Facebook successfully utilized. The target market for the campaign was between the age-group of 15-35. This is also the age-group which uses social media the most. Therefore, Garnier’s selection of Facebook for the new ad campaign makes a lot of sense. The other thing worth noting here is that unlike most of the other Facebook ads which target only smartphone users, this ad tried to reach out to non-smart phones or feature phone users. A majority of Indian Facebook users i.e. a whopping 66% still access Facebook on a feature phone. Facebook and Garnier were able to reach out to a large number of people due to this strategy shift.

The campaign turned out to be highly cost-effective yet successful. The cost per call was 94% more efficient than all other print and digital media. The campaign eclipsed the combined reach every other print and digital media by receiving 16 times more calls than those. The ads ran from April to May 2014 and reached 15 million people during that period. The campaign saw an increase in sales of Garnier Men’s products by 2.5 times. This increase in sales volume was witnessed on Flipkart (Garnier’s e-commerce partner) as well as offline sales. This campaign was highly innovative and had set a new benchmark of marketing in many ways. The majority of internet access growth in India is coming from small towns and non-metro. This campaign was able to reach out to people and places that a traditional marketing medium largely leaves out. Through SMS to enter the contest and return call to the users, this turned out to be a two-way engagement which is impossible to achieve via a traditional medium. This created a lot of interest surrounding the campaign.

This ad campaign proves one thing that India is changing and with that the marketing strategy will also have to change. Companies cannot just rely on the traditional mediums to reach out to their target markets. It proves that if you try to find innovative ways to reach out to your market and keep them engaged you will be successful. It has become increasingly important to not only show a product to a customer but also to continuously engage with him. Traditional mediums have reached a point of saturation in many ways. The increase in internet users in India is expected to cross 500 million by 2018 according to Morgan Stanley. A majority of those users would be on social media.

← Prev: Eureka Forbes Used Social Media Platform To Create Awareness About Air Purifiers Next: Webinar Recording On Content Marketing - The Key To Success For SEO In 2015 →