How Philips Promoted Its New Launched Airfryer On Digital Platform 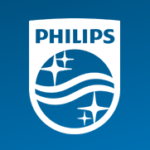 Koninklijke Philips N.V. is generally called as Philips. It is a Dutch based technology company was founded in May 15, 1891 in Eindhoven, Netherlands by Gerard Philips and his father Frederik Philips. Frederik was a banker and he himself financed the purchase and setup of an empty factory in Eindhoven, where the company started its first production of carbon-filament lamps and other electro- technical products in 1892. The factory is now used as a museum.

It has more than 1,05,365 employees across more than 60 countries. It is one of the largest electronic companies in the world and is headquartered in Amsterdam, Netherlands. Philips is divided into three main categories Philips Consumer Lifestyle (i.e., Philips Consumer Electronics and Philips Domestic Appliances and Personal Care), Philips Healthcare (i.e., Philips Medical Systems) and Philips Lighting.

In 2012, Philips was the largest manufacturer of lighting in the world and by 2013; it announced its sale of remaining consumer electronics to Japan based electronic company, Funai Electronic Co. In October, 2013 Funai Electronic Co. broken off the deal and the consumer electronics operations remain under Philips. The slogan of the company is “Innovation and you” because innovation and a people centric approach has always been their core purpose. The company believe in creating new generation technologies.

Philips Airfryer was launched in 2012, is a home appliance technology that cooks by circulating hot air around the food. It is an innovative product by Philips which cooks food with 80% less oil without compromising the taste of food. Philips Airfryer is easy to use, clean and creates less smell than fryers.

It uses less oil than conventional fryer and it can fries several foods like Samosa, potato chips, fries, chicken, fish or Pastries. It is a technology for new generation who believes in living and eating healthy. It decreases the risks of certain health related disease like hypertension, diabetes, obesity, cardiovascular disease, etc.

It is Indian Palette to eat oily and junk food. In 2012, when Philips launched Airfryer in Indian market they thought it will be the talk of the town as the wave of eating healthy food was there. Philips Airfryer was a promising product which provides healthy and taste of oily food without oil. They thought it would be a great hit in the market but that wasn’t the scenario.

Philips realized that creating awareness about the product would not increase the sale of their product. There were some issues needed to address which were bugging the customers and hindering them to take any decision. These are the following issues to be addressed:

To address the issue and to increase the sale of their product it was required to increase the engagement and interest level among the audience and for that digital media is the best platform. The followings were their objective to complete their respective target:

The digital platform has changed the behavior of people the way they communicate, engage search online. Nowadays, people rely on online platform like Google and YouTube. To increase the engagement Philips started online cookery show with renowned celebrity chefs and used their followership for the promotion of their product Philips Airfryer. Philips came up with the new online show ‘Philips SuperChef’ and for the show they signed up one of the most popular online celebrity Chef Sanjay Thumma. He has more than 3.5 lakh subscribers on his YouTube channel VahChef.

Chef Sanjay Thumma has to drive the show featuring healthy recipes cooked in Philips Airfryer for 60 episodes on his channel. The episodes and contents were than shared by Sanjay Thumma and Philips Home Living on their properties like Facebook, Blogs, and Twitter. Philips used the content very wisely by creating interactive activities like Q&A posts, contents and chat sessions on Facebook page.

They have also built a microsite named FriedYetLight.com to create awareness about the product and how to use it. To increase the visibility and showcase they have also uploaded all the Philips SuperChef videos on the site.

The campaign was the huge success. The average monthly search for Philips Airfryer keyword on Google was increased with 1292%. It grew from 1,300 to 18,100. The content also dominates the first page of YouTube. The fan base on Facebook Page of Philips Home Living was also increased with 10% i.e., increased from 1,85,448 to 2,04,461.

The organic reach of the page was also increase d from 1,000 to 78,000 users due to the contents shared on the Facebook page. The show ‘Philips Super Chef’ garnered more than 7.72 views for 60 regular recipes. The overall sale of product Philips Airfryer also increased with more than 266%.

Digital media is a huge platform to grab the attention of the targeted audience only if it is used correctly. Philips Airfryer has used it wisely whether it is targeting audience through video, creating interactive contents on Facebook, uploading videos and product related contents on microsite or answering the questions of the audience through chats. They have used it all to leverage the product recognition and to create awareness about it.

← Prev: The Subject Line - How it Can Make Difference to Your Email Next: Interview with Shivankit Arora, Digital Marketer & Founder, Marketing Masala →