A unique marketing technique through which a company persuades internet users to spread information about its products or services through emails, video clips, games, such that it get passed onto other internet users as well is Viral Marketing. In a nut shell, viral marketing is a form of online word of mouth publicity that a company undertakes in the wake of creating a fad or craze among the masses.

The Ice Bucket Challenge which is also popularized as ALS Ice Bucket Challenge is an act that involves pouring a bucket of ice water on someone’s head to spread awareness of the disease Amyotrophic Lateral Sclerosis (ALS) and support donations to conduct research on it. This concept went viral and spread like a wildfire on all social media platforms sometime in July-August 2014. 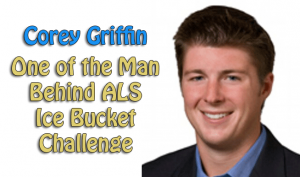 A philanthropist, Corey Griffin, left no stone unturned to make the ice bucket challenge fund-raising drive go viral. He was instrumental on making this activity a sensation of the social media networks to generate awareness amongst the masses about ALS disease. The #ALSIcebucketchallenge that swept all over has become one of the most wide and best examples of viral marketing. The aim with which this activity was started off worked out really well. Right from Facebook updates to Tweets to video clips on YouTube and Instagram feeds of people dumping buckets of ice water over their heads was uncommon though but really kicked off well. Several global influencers including Bill Gates, Mark Zuckerberg, Sheryl Sandberg amongst other celebrity figures such as Charlie Sheen, Oprah Winfrey took the challenge sportingly. As per Facebook, 1.2 million unique videos related to the social media campaign have been posted to the site. Facebook’s CEO, Mark Zuckerberg who accepted the challenge, shared the video clip:

Mark Zuckerberg challenged Bill Gates to take up the ICE Bucket Challenge, have a look here:

According to ALS association, there has been 750% increase in the donations from the same time period (July-August) in 2013. Stated as an excellent example of public relations success, #ALSIcebucketchallenge used social media tactics really well, thus putting forward that viral marketing campaigns can be a huge success.

Moreover, for any viral marketing campaign to become a success, it is extremely imperative that the campaign is designed keeping in mind certain specific goals that will yield the desired results. The simple six step process that enabled the Ice Bucket Challenge to become so sensationally viral on social media platforms: