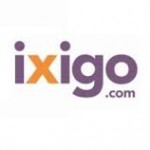 Ixigo.com is a fast growing travel search engine company based in Gurgaon, India. This company was founded by Aloke Bajpai and Rajnish Kumar with a leading travel portal company, MakeMyTrip.com and SAIF Partners as the principle investors in the company. Ixigo.om is also a mobile travel application developer for Andriod.

As this is a travel search engine company, it does not do ticket booking and related activities instead this portal will redirect the user to the appropriate pages of the selected travel providers. Ixigo.com receive its major revenues from the companies that buy advertisement spaces and from the pay per click advertisements listed on the website. These two revenue models are incorporated through a tie up with prominent airlines and hotels in India.

Ixigo.com had launched this campaign with the following primary objectives on its agenda. This campaign was started on 17th July 2012 and ended on 31st July 2012.The company posted 30 screenshots of few most popular Bollywood numbers on the Facebook page.The Ixigo.com followers on Facebook were  asked to name the location shown on each Bollywood numbers and find a link to the travel guide pages on Ixigo.com site for the selected location. The entire campaign was organized in the following manner.

Ixigo.com had received good responses from its followers during the campaign. Some of the major achievements are highlighted below. This campaign created a new milestone for similar kind of other contests. Ixigo.com received a considerable number of followers after this contest and that created a record. The results of this campaign shows that any social media campaign that filled with fun and enjoyment will attract more participants and followers. The basic idea is to make the whole campaign activity a very interesting to followers to make it successful and receive better  interactions from the followers and fans.

← Prev: Landscape Leadership Used Inbound Marketing To Expand Its Client Base By 10 Time Next: ICICI Bank Used SEO To Position 79% Keywords In Top 10 Positions On Google →