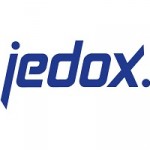 Jedox established in 2002 by Kristian Raue at Freiburg Germany. Jedox have customers in 127 countries across the world along with regional offices in Boston, USA and Paris, France. Jedox focused in providing global business intelligence and performance management solutions. They were experts in providing easy, fast and flexible business intelligence solutions to different world wide organizations.

The company had a vision to expand business across different countries. Marius Janssen joined Jedox in 2012. He found that the marketing team was using the different marketing software for different marketing process. It was getting difficult for a marketing team to manage all these processes from different software. Their prospects and customer data was spread across multiple systems which was creating problem while communicating with prospects. They were missing data insight. This results in lengthy sales cycle of 75-130 days. It was resulted in frustration among team members. As a result company had a very low conversion rate of lead to customers. Though Jedox had a hard working, intelligent marketing team, they were not able to achieve  expected results. Marius thought something had to be changed to solve this problem.

To solve this problem, management team decided to replace their in-house CRM with Salesforce.com. Marius decided to change their fragmented marketing tools with a simple, all-in-one solution. His main objective was to find such a solution which  fulfill their requirements and work efficiently with Salesforce.com. Also, he focused to find a cost effective solution. Jedox evaluated several options such as Marketo, Eloqua and Silverpop. After detailed analysis Jedox chose HubSpot’s software. HubSpot’s software was the only all-in-solution they found which was cost effective.

“HubSpot provided a much more cost-effective option that delivered against all requirements.”

To improve communications with prospects Marius decided to implement Inbound marketing tactics along with the HubSpot’s software. Initially they focused to identify and understand their core buyer personas. They tried to find out what they expect from Jedox. After detail research they came to conclusion with three core buyer personas. They were the decision maker, the gatekeeper and the power user. They designed their marketing strategy to meet requirements of each of these three core personas. Along with this marketing team started to use  HubSpot’s Smart Forms App. This form had a great feature. It was able to trigger marketing automation. Also, it was capable to update automatically lead info and was able to send notification to the sales team. This feature allowed the marketing team at Jedox to build up a profile on each prospect over time. Smart Forms proved one of the most powerful Apps for the company. This App really helped Jedox in collecting and consolidating all relevant lead data bit by bit. As data was collected step by step not at once leads were also finding it interesting.

With a rich database, the team were finally able to effectively communicate with both prospects and customers using HubSpot’s Email App. They were used advanced workflow to segment the database and tailor communications accordingly. It helped them to get closer to their goal of “personalized marketing communication”.

Before implementation of HubSpot, the marketing team was storing leads in excel and passing them to sales. The complete process was long and frustrating which results in a very low conversion rate of marketing qualified lead. But after implementing HubSpot the team only passes sales qualified leads with a score of 30 or higher for the sales team. This process helped to shorten their sales cycle by 12-20%. Initially, for complete sales process team required 75-120 days. But after implementing HubSpot it was reduced to 60-110 days maximum. Now the team could manage database and sales process more efficiently.

After implementing HubSpot’s software Jodex observed significant changes in results. Traffic to their website increased by 24% by organic search. Marketing qualified leads were increased by 54%. The communication between sales team and prospects were improved. Now they could freely discuss about purchasing Jedox business intelligence solutions. Also, their visitor to leads ratio was converted at 33%  which was higher than previous one. With the HubSpot’s software, marketing team could easily identify location of website visitors, the marks they were leaving on website, which data could be generated through forms and scoring details of each lead. Finally, Jedox achieved data visibility.

“With HubSpot, our marketing team can finally see where our website visitors are located, which marks they are leaving on our website, which data we were able to generate through forms, as well as see the scoring details of each lead.”

The team at Jedox continue to learn and develop their inbound marketing expertise. They regularly use resources in the HubSpot academy to enrich their knowledge. Team completely believed that inbound marketing techniques were innovative marketing techniques and definitely useful for businesses. Jedox has ambition to continue to expand internationally in 2015 and beyond. Marius believed that HubSpot’s software is an integral tool to support those goals. He recommended HubSpot because ” HubSpot’s software has a modern and clear interface and great usability.”

← Prev: ShoreTel Increased 110% Traffic On Yearly Basis Through Inbound Marketing Next: Google Tag Manager Helped Jive In Investing Its Time On Other Areas And Departments →