Learn To Auto Retweet With TweetDeck 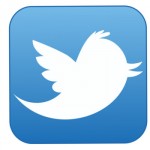 Twitter is all about tweets and microblogging. Users convey their messages in the form of Tweets.  There are about 236 million monthly active users of Twitter across the globe. Twitter is a place where it provides an opportunity to spread any particular post on a random basis from one profile to another. It’s a one form of making a particular tweet by a person popular by making it available in many places. Retweets sometimes go viral all over Twitter which makes the original Tweet from the person more and more noteworthy and striking. The sole motive to bring a news or an important piece of information into recognition on Twitter is to retweet it as many times as possible. One of the renowned tools for scheduling tweets is TweetDeck.

Now, talking about the integral part of the topic i.e., the question lies on how to retweet by default with Tweet Deck? It has been found out that this technique of automatically retweeting is very easy and has no difficulty involved in it. Moreover, it’s trouble-free, facile and straight forward. Firstly, visiting TweetDeck has to be made, then a particular tweet we want to share should be clicked on, we can make the first attempt by trying and seeing how it works if a tweet is retweeted to our own account, our own profile precisely, then the retweet button should be clicked and coded and finally the tweet panel with retweeting option will appear on the screen. Post the completion of everything, the retweet button should be clicked which will make the retweet actually happen and will be posted on our profile with the tag- “Retweeted”. The activity of retweeting a status update gets completed here.

TweetDeck is an application that amalgamates with social networks such as Twitter, Facebook and FourSquare. Twitter purchased this application in May 2011. While using Twitter on TweetDeck, one can take perks of the same features found in the Twitter website, including retweets and other relevant features. TweetDeck application is basically used in mobile phones, such as iPhones and those powered by Android, but it’s also available for laptop and desktop computers. Below are the important TweetDeck usage options in all the electronic devices and OS applications namely- mobile phones, computers, desktop with their OS applications and windows etc.

Using TweetDeck for Android or iPhone:-

Step 2: Tap on the tweet you want to retweet. Tap on the “Retweet” icon below the tweet option. The retweet icon shows arrows going in a circle.

Step 3: Tap “Send” to retweet the original user’s tweet to the place you want the update to retweet.

Using TweetDeck on Your Computer:-

Step 1: Open TweetDeck on your computer.

Step 2: Click on the tweet you want to retweet. It will be highlighted automatically.
Step 3: Drag your mouse on the user’s profile picture.

Facts about Retweeting via TweetDeck:-

The Auto Retweeting option prevents alteration of the Tweets and without hassle removes the Twitter’s account icon and texts in a straight line into the Retweeter’s account, it’s a sort of a contribution of notice from one profile to another profile. Several viewers viewed and raised their voice as an attack on the nomenclature of selection as to why weren’t the Twitter users being advocated their most popular methodology of sending the information again?Tweetdeck, a yellow coloured logo Twittering observation code depict by a noble brunet, that safe guarded the first citation vogue by creating it within the boundary. Once it is pressed to retweet a tweet exploitation Tweetdeck, it might be taken to a darker edition of the tweet that would be automatically retweeted or rectified within the unique retweet formats.TweetDeck, a brand followed by a larger than sign, is followed by the Twitter brand.

Twitter’s fascinating new rebranding of the TweetDeck brand to a black bird on a blue background. With each passing day the Tweetdeck’s user base is rising gradually for the cause as to wherever it might justify gap comes as an index for its followers. Twitter users certainly treated this with utter jealousy because it was famously known for its increase in followers mailing through Tweetdeck. Twitter had an equivalent amount of incentives to satisfy larger demand for additional powerful observation code and they didn’t wish to lose in front of such a big amount of followers to a lesser known important service.

The interface of TweetDeck Mobile when it is clicked, “Manual RT” with a tweet written at intervals appears. Initially, as an area of the rebranding Twitter cut the Tweetdeck index & shattered the choice to do retweets physically. Instead of that, they made followers to ‘Quote Tweet’ and made the sinner of the retweeted username and texts in quote markings from then. The interface to either manually or automatically retweet a tweet on TweetDeck, with associate degree arrow and text that say, “STOP IT,” shows towards the manual RT button. In spite of associate degree update since Twitter’s attainment of Tweetdeck, the mobiles application still allows to correct associate degrees of auto retweets which  can be put in the retweet option placing it before the username.