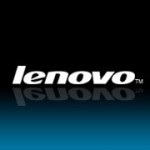 Lenovo, originally Lenovo Group Ltd., headquartered in Haidian District, Beijing, China and Morrisville, North Carolina, U.S. is a Chinese multinational computers technology company. Its functions include designing, developing, manufacturing and selling Personal Computers, Laptops, Mobile Phones, Tablets, Workstations, Servers, IT management software, other playstations and other electronic storage devices and gadgets. It is the world’s largest personal computer vendor by unit sales. It has operations in more than 60 countries and sells its products in around 160 countries. Lenovo provides utmost facilities in China, U.S., Singapore and has research locations in Shanghai, Shenzhen, Xiamen, and Chengdu in China, and Yamato in Kanagawa Prefecture, Japan. Last but not the least, Lenovo is listed in the Hong Kong Stock Exchange and is a constituent of the Hang Seng China-Affiliated Corporations Index, often referred to as “Red Chips”.

Film stars of Bollywood and social media platforms has connected very well so far and they share a very good rapport. So far, stars have been seen active on the two big social media giants Facebook and Twitter. Stars, with ease promote their films via Twitter, a social media platform where film stars dominate. Infact, some people believe that Twitter was created for celebrities only. In a few words, Stardust and Filmfare days are on the verge of desiccating. In case of Lenovo, the famous charming heartthrob, chocolate hero of Bollywood, Ranbir Kapoor was selected to endorse the brand. Ranbir, who was previously not so open regarding his disclosure of personal life and even made it serious to the media that isn’t present in any social media platform and won’t ever be present even. Apart from Lenovo, Ranbir Kapoor also endorses Pepsi and Tata Docomo, was chosen by Lenovo as it’s brand ambassador for its smartphones.  Ranbir who was already endorsing Lenovo laptops and PCs was then again called for endorsing the newly launched Lenovo A6000 which is the most affordable 4G phone in the country. Since, Ranbir Kapoor had already made it clear that he won’t be present in any of the social media platforms for any reason whatsoever, the owners of the campaign felt it quite difficult in approaching him and talk to him regarding this matter. After negotiations with him, Ranbir got finally convinced and agreed to appear and reach out to the fans on six social media platforms namely- Facebook, Twitter, Instagram, Tumbler, Vine and Snapchat, for six long hours. That was incredible indeed! and since then, the madness began on 21st January, 2015 where Ranbir Kapoor made an appearance on six various social media networking sites.

Facebook madness had already begun on 19th January where the admins of the page- RanbirKa6000r updated their cover page featuring Ranbir Kapoor in it in six different expressions known made the best only by himself. After this page got updated, Ranbir Kapoor fan pages and fan clubs both on Facebook and Twitter followed up and did their rest of the job quite brilliantly which made the campaign come into recognition and fans were excited.

Twitter was the next platform where Ranbir promoted the campaign. Unlike other celebrities, you wont find Ranbir Kapoor making tweet headlines on Twitter. Though his father Rishi Kapoor is very much into it. He wasn’t even present on Twitter. In case of Lenovo’s campaign, Ranbir broke the myth and actively participated on Twitter by appearing in the posts and pictures by the Lenovo certified page and thanked his fans cordially. No wonder the page got 31K likes within a couple of hours. Ranbir Kapoor had also made an entry as a surprise visit in Instagram for the purpose. There even he managed to get 4K followers in a single day. Ranbir Kapoor had also created a greater impact on Vine. The madness was all the more unstoppable. He was all the more involved in creating snapchats and pleading the fans to follow on Vine and face new challenges.

Tumbler, the platform had been a way different than the others. It’s best known for social media madness. Tumbler is a perfect stop for building any awesome content turned campaign. In this case, Tumbler has become a sort of one stop destination where fans logged in to check out the one hour madness of their heartthrob. In this particular campaign, the speciality of Tumbler was that, it highlighted the re-blogged content shared by Ranbir fans and followers that it had acquired from the recognition got through Tumbler as a social media platform.

← Prev: Catch Digital Vidya Live On Air At Radio City 91.1 Next: 9 Tips To Start A Career In Digital Marketing →