MAXX Mobile, is a company involved in the manufacture of mobile handsets and accessories. It recently launched a new handset known as MSD7 Android mobile and wanted to create awareness among the prospective customers about it. The company’s social media presence was pretty weak. The newly created Facebook page of MAXX mobile did not boast of good fan following and had only 3k page likes. In order to achieve this goal and create a buzz around the newly launched handset, MAXX mobile launched a campaign on Facebook during Valentine day week. This social media marketing campaign was carried on by the digital agency KWebmaker and was able to meet its desired goals.

Following were the main business objectives of MAXX Mobile: As the handset was a new entry, MAXX Mobile wanted this to catch the attention and imagination of the audience by leveraging the power of social media marketing. Thus, with the help of digital agency KWebmaker it conceived and initiated a contest on it’s Facebook page around MSD7 Android handset. Following were the strategies adopted by MAXX Mobile:

Thus all this created a lot of buzz and many users got engaged with the campaign as the contest was quite simple with winner getting the newly launched phone  autographed by MS Dhoni . The contest attracted and encouraged many users to tune in and spread their love through their personal cover images,thus  helping the campaign to reach more fans by way of sharing, tagging, liking and commenting. 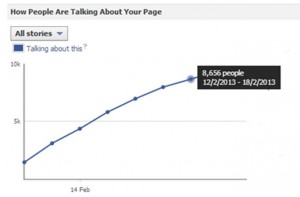 The social media marketing campaign was a great success and garnered many impressive results:

The campaign was a huge success and the company was able to achieve all it’s objectives. Following are a few important learnings from this social media marketing campaign: