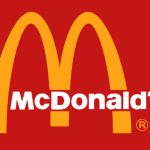 In 2012, McDonalds launched their Extended Hours service in which one-third of their restaurants in the UK were going to be offering extended opening hours from 11pm-6am. But with a majority of restaurants still closing at 11pm there was a real danger that significant numbers of potential sales would be lost at the locked door of a darkened restaurant.

In order to create awareness and drive consumers to the restaurants, McDonalds had to understand their target audience. Through market research, McDonalds learnt the following:

The given graphs shows the result of McDonald’s Market Research for its Extending Hours Strategy: o 95% of smartphone users have searched for local information,

o 61%  called a business after searching, and

This indicates that consumers often make quick decisions based on the result of smartphones searches.