Panasonic have been providing better living for their customers, always making “people” central to all activities and they focus on “people’s lives.” Going forward with innovative electronics technology, they provide a wide variety of products, systems, and services, ranging from consumer electronics products to industrial devices, building products, and housing, such as homes, communities, businesses, journeys and automobiles too. They continue to work hard to offer new value for better living, and help realize “A Better Life, A Better World” for each individual customer.

“Recognizing responsibilities as industrialists devote to the progress and development of society and the well-being of people through our business activities, thereby enhancing the quality of life throughout the world.” The Management Objective of Panasonic’s business philosophy is that it embodies mission and devotion to the progress of society and the well-being of the people worldwide through their business activities.

For a new and unique product Toughpad, Panasonic wanted to engage with Twitter community to explore and launch ToughPad with positive reach and they wanted to make impact @PanasonicInNews twitter handle. But you may think how this was possible? See Toughpads are a unique product range, with the lack of product recall for the brand it was important for the Genesis BM Digital team to come up with an interesting campaign which not only engages the Twitter community in generating positive online buzz during the one-week long campaign but also help in building brand recall for the product.

The idea was simple! Riding on ‘Toughness’ as the most important keyword in the communication strategy, they wanted to establish Toughpad is not only a tough tablet but the ‘toughest’ tablet in the market. From sharing a tweet on the definition of ‘Toughness’ to sharing interesting facts about Toughpad as a product, the @PanasonicInNews twitter handle kept the engagement going during the pre-contest phase. ToughPad is fearless in any condition. 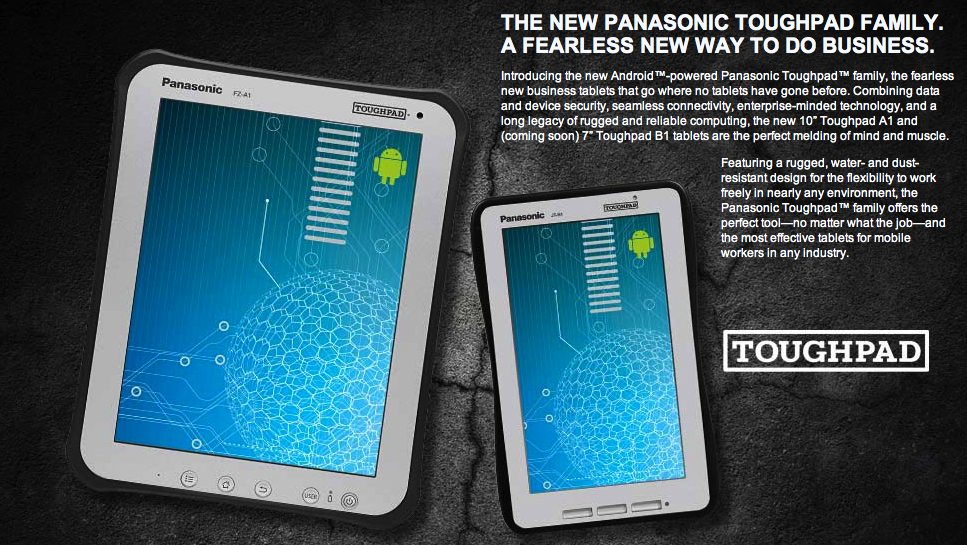 The Idea For The Contest In Two Phases:

The two contests which were done in two consecutive days. While the first contest was (#MyToughpadiIsSoTough) highlighted the toughness of the Toughpad, encouraging content that establishes the messaging that Toughpad is the toughest tablet ever, the second contest was (#MyToughpadAndI) encouraged Twitter users to share their story with Toughpad, focusing on the lighter side of the ‘Toughest’ tablet.

There was little bit increase in number of followers during the pre-contest period of campaign and during contest the followers grew faster, so this explains the success of campaign. Both the hashtags stormed the twitter by trending national wide, many leaders and celebrities voiced their opinion for the brand and product by tweeting about Panasonic and ToughPad. It had reached everyone and positive engagement was thriving with pace at peaks.

Both the campaign was well planned and executed. The pre-contest phase was more focused on building and creating awareness and brand recall. This kept the fans to engage more for main contests to follow. Before contest started people were more enthuse about tablet, which is made for all seasons and conditions. Even Panasonic stated that world’s first rugged tablet; this statement was a huge one. Because the curiousness of this toughness and toughest were at peaks for sure. Even I was eager to see and witness the history making. Tablets is nowadays a center of attraction because it a handheld laptop. So by these Panasonic were successful even before the contest, they have won everybody heart and thought. The fact that these two contests were short and sweet and of course the two contests with different hashtags. First one was #MyToughpadiIsSoTough to highlight the toughness of the Toughpad, as well as to highlight Toughpad is the toughest tablet ever made and toughest in market. Second one was #MyToughpadAndI to encourage Twitter users to share their story with Toughpad, focusing on the lighter side of the ‘Toughest’ tablet. These two hashtags added to the attraction and kept the momentum going on high level. Totally this contest was for communication with fans to build the brand and brand recall. The idea for the entire campaign was mind-blowing and a huge hit as well, in future many other brands may follow their footsteps. Let’s wait and see.

The Result of Campaign

This was a successful campaign by all means, the reach and engagement was completely a boon for Panasonic. Other brand will definitely follow their footsteps for sure. Any brand or product must need attention of consumers plus the same way brand must reach all kind of audience.