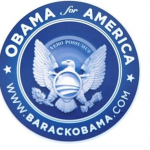 Presidential election is the most awaited event in the political scenario. It results in many policy changes and many strategic decisions. United States of America, being the most powerful nation in the world, the event is even much bigger and the anticipations are huge.

Success of any political campaign, whether it is of small scale or large, depends hugely on various decisions taken at various stages. One should be able to take quick decisions based on various data or information available to lead the race. Quick access to such data which aids decision making capability plays a crucial role.

The re-election campaign of President Obama in the year 2012, required access to quick actionable data for helping in super-fast decision making. The digital world played an important role to boost the campaign at all the stages. Nate Lubin, Director of Digital Marketing for Obama for America campaign, realised that his digital team should be provided with regular and easily comprehensible real-time data to keep up with the pace of the campaign.

When digital platforms were being used for campaigns, it becomes mandatory to monitor the performances which will in turn help in making strategic decisions. Campaign manager employed Google Analytics to measure campaign performances which helped in collecting all the necessary web data.

People have become more internet savvy than earlier and they rely a lot on the information available provided online. A research conducted to understand people’s behaviour indicates that 64% of voters use internet to verify various aspects. These verification of facts are more prevalent during Presidential and Vice-presidential debates. Voters use this opportunity to cross-check real-time happenings.

Targeting supporters and who use internet to research about the happenings during the campaign is very important. It is mandatory to identify the keywords that people type-in to research. Google Analytics helped identifying these keywords. Few keywords which were mostly issue-related could be anticipated but there were few which could not be anticipated. Google Analytics generated various real-time reports, which helped the campaign manager to identify voter’s various queries and concerns and these could be answered directly through various search ads.

Objectives of the Campaign

The following were the three major objectives of the campaign:

Strategies Used In The Campaign

The following were the strategies implemented in the campaign:

Results Achieved by the Campaign

The following were the results achieved:

Google Analytics played a major role in uplifting the whole Presidential Election campaign. Data is the key for any analysis and Google Analytics is indeed the right tool for it.