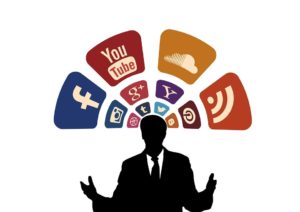 Lot is happening in the digital technology space and especially the changes in the social media space are blinking fast. Whether it is a simple social media update or a major overhaul, it is very important to keep oneself abreast with current social media news to stay on the top as a marketer. Especially the social networking news related to big networks like Facebook, Twitter, Snapchat, Instagram and LinkedIn are must. In this article, I have compiled 10 latest social media news which I feel you must be aware of:

1.) A Teen Breaks Ellen DeGeneres’ Records off Most Retweeted Tweet Ever

A simple question from a teen name Carter Wilkerson led to a campaign which resulted in more than 3.6 million RTs of his tweet till date, this breaking record of 3.4 million RTs by Ellen DeGeneres’ iconic selfies at the Oscars on 2nd March, 2014.

A simple question from a teen name Carter Wilkerson to Wendy’s led to a campaign which resulted in more than 3.6 million RTs of his tweet till date, thus breaking record of 3.4 million RTs by Ellen DeGeneres’ iconic selfie at the Oscars on 2nd March, 2014.His love for the chicken nuggets led him to tweet Wendy’s with a query that how many RTs it would take to for a year of free nuggets for him. The fast food chain replied with an extortionate figure of 18 million RTs! To which he surprisingly replied “Consider it done”.

Although he is still miles away from the target of 18 million RTs, Wendy’s was quick to tap the opportunity and has already announced free nuggets for him for breaking the most RTed target alone!

On his part, Carter has not left the campaign here itself but continues to generate more RTs to reach his original target of 18 million RTs. He has also started website named “nuggsforcarter” where he sells T-Shirts to generate money for charity.

2.) Increase In Consumption Of Online Video Content On TV

As per Google, the time people spend on watching YouTube videos on TV has doubled year over year. Interestingly the pattern of YouTube video consumption on TV is very similar to the consumption of the original TV content. For instance, the viewership peaks on prime times and on weekends.

This indicates that advertising on YouTube is going to give you a much higher reach and at the same time advertising over there is going to be much cheaper (in facts peanuts) compared to TV channels. With Netflix, Amazon Prime and similar services getting popular, this could be an interesting avenue for brands to tap in the near future.

Facebook is on a war to deal with excessive spam on its platform in different forms. For instance, there is a ton of nonsense and crap floating in different Facebook Groups. Often the Groups offer lot of value and learning in the beginning but as the community expands, they attract spammers who post all the promotional stuff which has nothing to do with the members of that Group, leading to many members quitting such Groups altogether. Isn’t it?

Such spammers are a headache for the Group owners and admins too who have to scan each and every message before they go live for rest of the members, which generally slows down the entire process even for the genuine messages of the sincere members.

Facebook has added a new feature to groups, using which the admins can ask up to 3 screening questions (to see their intent). Users who ask to join that group will see those questions right away. In case the new user is invited by some group member, then they will have to access those questions via a link. This will certainly reduce spam to some extent but full effect will be seen only after this feature is implemented by majority of the admins.

You must be aware of how lots of websites click-bait you with attractive headlines on Facebook and but you get immediately disappointed with poor quality content and tons of distractive ads over there. Isn’t it? The only purpose of the owners of such websites is to generate traffic and ads revenue. They give a damn about user experience or quality of the content.

Facebook’s new algorithm will deeply reduce the impressions of such websites in your newsfeed as well as completely block ads by such websites, thus improving the user experience. If you post high quality content on your websites, you need to worry about the impact of this algorithm. It is meant only to bring down the spammers.

In the wake of spike in the violent videos and other objectionable content being posted on Facebook, Mark Zuckerberg has announced that Facebook will recruit 3,000 moderators to its existing lot of 4,500 moderators, thus building a team of 7,500 moderators.

Their job will be to review the flagged content like violent videos, hate speech, child exploitation etc. This is a commendable step from Facebook but it needs to be seen whether this helps curb such objectionable content or not and whether this will make Facebook a safer place for people or not. What are your views regarding this step by Facebook? Do share in the comments section.

Till date advertising on Snapchat is not for everyone. Only big brands with deep financial pockets can afford to spend fortune on Snapchat’s customised ad products. For instance, its “sponsored filters” cost as much as $0.5 million/day to $1 million/day depending upon the days! Snapchat has taken a book out of the pages of giants like Google and Facebook and will steadily roll out its own self-serve ads platform soon for small businesses around the world next month. This is a good news for small businesses around the world who want to tap into Snapchat’s increasingly younger audience which can bring in a new set of business to them.

For all the marketers experimenting with Snapchat, there was one contentious issue that the shelf life of updates (or Snaps) on Snapchat is too low (from few seconder ‘snaps’ to 24 hour window for ‘stories’) to produce significant impact as on other big social media networks like Facebook, Twitter, Instagram etc.

But in its recent major update, Snapchat now allows anyone to send snaps without any time limit. They call this new setting in their timer as “infinity” or “no limit”. This applies to both the regular snaps which you send individually to your contacts, as well as the ‘stories’. Which means marketers who earlier dismissed Snapchat as an another fad and were reluctant to include it in their social media mix would be much more encouraged to use it.

Twitter is quickly expanding into live programming with its recent deals with Bloomberg, Major League Baseball, and Live Nation etc. To monetise that it will soon launch 10 seconder “Moments” ads. Moments feeds can be created by any brand or user by curating tweets which take the form of 10 second vertical videos.

Anyone who uses Twitter, is well aware that how this medium can be used to extensively troll or mock anyone. The recent tirade against Snapchat on Twitter in India, in the wake of alleged comment by its CEO is one of the examples. And not just on the large scale but even on a small scale, even amongh the common public this is huge issue.

Apart from the lately launched features like “mute” and “safe search”, Twitter has recently announced another measure wherein users will not be notified about replies to threads started by people they have blocked or muted, unless those replies are from people already known to them.

Till date, the only way of uploading the pictures on Instagram was from within the Instagram app. Even the third-party apps which allowed scheduling, notified you at the time of the actual post and you still had to upload the pictures manually. Although the scheduling part on Instagram is still tricky, but Instagram seems to be expanding its horizons by adding the functionality of sharing pictures via its mobile website “instagram.com”. Now the users can upload pictures without the need to open the app. This does not mean that there is any problem with the app, just that they want to expand the reach of their platform to masses. Of course, this will encourage users with slow connection to tap into Instagram’s network.

I hope this compilation of the social media news will be informative and useful to you. I will come up with more social networking news in the coming days on this blog. If you have any queries or ideas, please share in the comment box below. Stay tuned for more news or posts about any minor or major social media update, latest social media news and tips.

Harman has executed a wide variety of Digital Marketing campaigns across different companies and marketing agencies in the last 8 years. After working full-time with different organizations, he is currently working as a freelance digital marketing consultant. His interests include reading books and taking a walk amidst greenery.

← Prev: 6 Easy Steps To Do Social Media Audit Next: How To Сrеаtе Facebook Page Fоr Buѕіnеѕѕ →