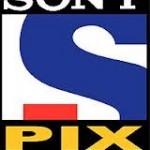 Sony PIX is one of the most popular English Movie channels in India that telecasts popular Hollywood Blockbuster movies for Indian television viewers. Sony PIX is a part of  the Multiscreen Media Group and occupies  second position, next to Star Movies, in the Indian English movie market.

The purpose of this campaign is to promote the TV premier of ‘The Amazing Spider-man’ on 16th June 2013 through an integrated digital campaign and to ensure consistent viewership for the movie. The Sony PIX team  to focuses on all age group people to be included in this campaign and make this a  joyful and exciting experience for all participants. Encourage participants to acknowledge ‘Amazing’ people in the society for their good deeds and tag them in the ‘Web of Amazing People’. The whole campaign was divided into 3 phases.

The primary objective of Phase 1 was to acknowledge some of the Amazing deeds of Hollywood and philanthropic celebrities.

Introduced a Hashtag #PXAmazingPeople on Twitter. This campaign was a trend for the  first two days in India and one day worldwide on Twitter.

In  phase 2 of this campaign, participants were encouraged to take Hollywood relationship as a reference to find out the same kind of amazing relationship around them. The primary objective was to acknowledge the superhero  or ‘Amazing’ qualities of people around. Apart from this, the participants were asked to answer a simple questionnaire about the movie ‘The Amazing Spider-man’ to enter a lucky draw and win exciting Spiderman merchandise.  This campaign was backed up with extensive television promotions on Sony PIX, social media activities  and digital banners that would motivate people to join the ‘Web of Amazing People’ site.