About  the Brand : Frooti In 1985 Parlo Agro India Pvt Ltd launched its very famous flagship product “Frooti”. This tasty and laregst selling mango flavoured drink was one of its kind to be  first introduced in Tetra pack during its launch. People who grew up in the 90’s , the ad jingle ” Mango Frooti, fresh & Juicy” made Frooti their favourite drink!

Frooti was launched in a green rectangular Tetra Pack as a ready-to-serve mango drink. Although it wasn’t the first mango drink, Frooti quickly acquired a large market share. The packaging played a major role behind its success, since it could be carried easily and conveniently. Frooti also provided a refreshing mango taste that translated into a huge demand for itself. The brand faces competition from rivals like Tropicana, Slice and Maaza.

Objective to be achieved by this Campaign

“The entire communication was designed to ensure we strike a balance towards retaining our large kid consumer base, but building massive appeal amongst the older consumers and subsequently gain greater market share,” said Nadia Chauhan, joint managing director at Parle Agro.

As published on TheFinancial Express, Nadia Chauhan, JMD and CMO, Parle Agro says, “With this campaign, we are motivating people to go further and to take action by choosing #TheFrootiLife.”

Last year in March 2015, Parlo agro came up with this unique campaign with ad agency Sagmietser & walsh. Thier collaboration led to an amazing set of activities to enhance the brand image of Frooti.

Frooti was very popular among the kids but to attract consumers from other age groups and make the brand popular among them, Parle agro revamped its marketing strategies. It used all kind of media platforms like Tv commercials, print media and most importantly the usage of digital marketing and social media.

Apart from changing its logo, Frooti was now endorsed by none other than the famous Bollywood actor Shahrukh Khan.

Idea behind the Campaign: 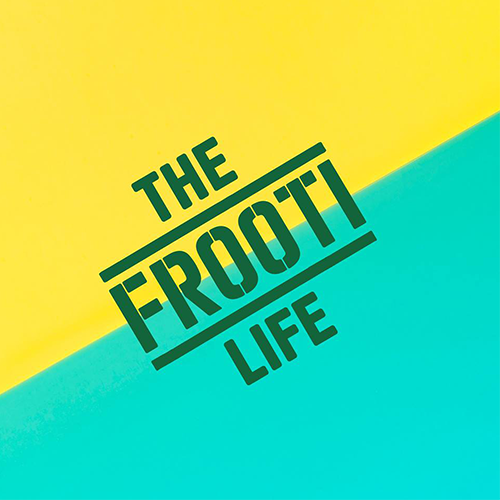 Frooti was widely marketed on the digital platforms. Be it twitter or youtube, the brand was kept active everywhere. A lot of buzz was created using the “hashtag” for the campaign #TheFrootiLife which revolved around the idea of establishing the brand boldly. The idea behind the entire advertising was motivating people to follow their heart and enjoy what they are doing.

Initially in the Tv commercials it showed a giant mango being shoved up by people individually and they pull it up together to show the result of collective effort and then a giant bottle of Frooti emerges and the juice of the mango goes in as a funny jingle plays back and finally Shahrukh Khan pulling out the bottle and sipping in the drink.

The latest commercial shows Shahrukh entering the colorful world of Frooti behind a secret door which unveiled people singing and dancing and enjoying to their tune .

And the latest video is–

The twitter page is still live and is updated with the all the recent Frooti marketing activities being showcased on the digital platform. Various themes like Nodietday or mothers day,are chosen to make the twitter page more active among the twitter users.

Interesting conversations were made ion twitter where Frooti asked people which fried of theirs is facing a bad day and they promise to make that person’s day better!

Parle Agro sponsored the Indian Box premier league(IBCL) broadcasted on Colors tv , an indoor cricket championship for TV stars and even ran a contest for it. All this was updated on the brand’s twitter page for grabbing more eyeballs.

Congratulations, team @DelhiDragons! Isn’t the taste of success same as that of Frooti? #FrootiBCL pic.twitter.com/5ZzTDZCveK

Still there is more- Results of the Campaign

#TheFrootiLife is an ongoing campaign by Parle Agro India pvt ltd and new updates is being implemented and being posted on the social media.

With extensive use of digital marketing tactics like creation of Twitter, Facebook and Instagram accounts, Parlo Agro kept consumers updated and got them involved with the brand. This helped in impacting the consciousness of the brand in consumer’s mind and leveraged Frooti’s brand equity.

With the recent success being enjoyed by Parlo Agro, it was evident that the usage of digital marketing strategy on social media played well for the company. Frooti regained its market presence and thereby giving Frooti brand a taste of success of its re-branding exercise since 2015.