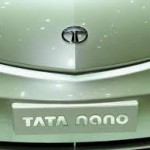 Tata Nano, also known as a city car, is manufactured in India by Tata Motors. Tata Motors launched the world’s cheapest small car, Tata Nano, in the year 2009 with a price tag of 100,000 and designed to lure middle class people of India who ride two wheelers till then. However, high manufacturing cost and increased tax rates forced the company to increase its prices.

Though Tata Nano is a low cost, compact car, this vehicle has some of the best features inside. To give a youth appeal to this new model, Tata Motors has introduced its latest version of Tata Nano car in the market. This new model has better appearance, better fuel efficiency and better power and torque.

Tata Nano wanted to connect with youth on International Youth Day as they are the part of a growing customer base of young urban people. Tata Nano conducted this digital campaign to lift the spirit of youth. This campaign consists a series of graffiti based pictures where youth centric slogans were printed on them. These slogans echo the voice for young generation and to show their contempt towards being underestimated.

The campaign was able to reach out its target people and met with its objective. The slogans were able to be related to the target group and the overall response was positive.

Tata Nano launched this social media campaign on International Youth Day to touch the sentiment of the young generation. The campaign became successful because it was successfully able to focus on its target group and invited a lot of public attention from it.

← Prev: 7UP Lemon Leveraged Social Media Marketing To Increase Fan Base By 52% Next: First Data Used SEO Tricks To Reduce Cost Per Sale By 50% And Earn More →