ATA motors is the most legendary name in the Indian automotive market, right from its commercial vehicles (established in 1945 with Benz) to its passenger car variants. Though Maruti Suzuki is the highest selling brand in the Indian sub-continent, TATA has its differentiating Indian identity due to its completely indigenously developed passenger cars and some of the most successful names like, India’s first SUV (Tata Safari), the first station Wagon (Tata Estate/Mobile). All said and done TATA has been the strongest name with commercial vehicles, although its passenger vehicle sales have not seen a surge lately.

With the new Impact design theory TATA motors was all set for the Delhi Auto Expo 2016 and is looking forward to gain its share of the pie pretty soon. One of their main showcases for the Delhi Auto Expo 2016, was the then named ‘TATA ZICA’, a compact hatchback with a peppy 3 cylinder powerhouse (engine). The launch of ZICA (the now TATA Tiago) is an important milestone for TATA, primarily as it is the first car based on the new impact design theory and secondly the compact hatchback segment of cars is the highest bread earner for all auto manufacturers currently in India. Also The new Tiago according to TATA motors is a symbol of the complete new transformation the company and its cars have gone through. The coming line-up (2016 & 2017) will witness significant improvement in terms of the quality, styling and precise compatibility to the market needs.

TATA disclosed the car’s name in November and was widely promoted through social media when the lethal, mosquito-borne virus called Zika had still not become the fear for the world. The world was taken aback with the shattering news of the widespread of the ‘ZIKA’ virus amongst the Americas’, mainly the South American countries. This was mainly between April 2015 and November 2105.  The concerns for TATA motors grew when the news spoke about the virus being transmitted into Asian countries. The news read TATA motors as the first corporate victim of the ZIKA virus. The name of the virus ‘ZIKA’ and the to be launched ‘TATA ZICA’ sounded the same and could possess a threat to the Auto manufacturers image and lead to weak sales. 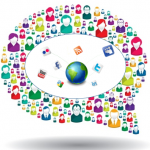 TATA motors’ marketing communications head, Mrs. Delna Avari with her highly enthusiastic and socially active team took very bold steps and TATA being a socially rational group, decided to rename the car. Given the time there could not be a better stage than the globally viewed Delhi Auto Expo. They launched a social media campaign called ‘Fantastico Name Hunt’. It basically was a crowd sourcing activity that TATA motors activated through the World Wide Web. They requested for entries for suggestions for a new name for the car. Anyone from around the globe could participate and one lucky winner would stand a chance to win the car/a prize of the same value. This campaign was highly re-marketed through Facebook, Twitter , Google and participants also had the leisure of sending their suggestions through SMSs’ and WhatsApp messages. Also The Smart booth of TATA motors at Delhi Auto Expo won the best booth and digitally interactive and connected to the Web for live updates and videos. The ‘Fantastico Name Hunt’ might have given a slight negative thought in some consumers in the beginning, but has created a good amount of buzz among the social media networks and the so called ‘netizens’. The Fantastico name hunt, spanning over a period of three days on different social media channels, saw engagement from a whopping 48 million people and over 37,000 names were suggested . Of the 37,000 entries, three names were short-listed, Ador, Civet and the Tiago. Final biddings witnessed the ‘TATA ZICA’ being named to the ‘TATA TIAGO’. TATA motors sure has got its marketing team just right!