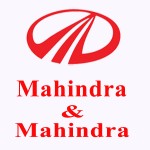 Mahindra & Mahindra Limited is an Indian Multinational Automobile Manufacturing corporation, having headquarters in Mumbai, Maharashtra, India. Mahindra produces a wide range of vehicles including MUVs, LCVs, and three wheeler. It manufactures over 20 models of cars. It is one of the largest vehicle manufacturers by production in  India and the largest manufacturer of tractors across the world. Few years back they have also entered into new industry of two wheeler, electric cars, and micro drip irrigation.

It was ranked as the 10th most trusted brand in India in 2014 (Source – The Brand Trust Report) and 21st in the list of top companies of India in 2011 (Fortune India 500).Its major competitors in the Indian market are Tata Motors,Maruti Suzuki, Toyota, Hyundai, Mercedes Benz and others.

Mahindra & Mahindra objective was to enter the new segment of compact cars/ mini SUV, where they were not present- i.e. to secure the unchartered territory between hatchback and SUV.

They have competition in price range with compact cars and super compact sedans such as the Swift, Grand i10, Swift Dzire and the Amaze. Hatchbacks account for more than 50 per cent of sales, sedans 30 per cent and SUVs 19 per cent. Most people graduate from hatchbacks and sedans to SUVs. However,  this Vehicle lies in a price bracket of 4.5 -6.5 lakhs, which gives the utility vehicle manufacturer a line into the biggest segment in passenger vehicles. Pravin Shah, president & chief executive, (Automotive) Mahindra & Mahindra, said, “We identified that today’s youth want an SUV that helps them stand out, one that reflects their personality and enhances their lifestyle. I believe the KUV100 will appeal to youth and first-time car buyers with its aggressive styling, trendy interiors, long feature list and attractive price point and emerge as a winner.”

There were more than 19 lakh views of this advertisement on youtube alone.

(Anil Goteti, Vice President (Business), Flipkart in a statement said, “Online today is a must-have strategy for all players to respond to the growing demand of their customers spread across different cities and towns. For the first time in the automobile category, this exclusive tie-up will allow Mahindra access Flipkart’s extensive reach and network to connect with their customers and provide them the ease to book the Mahindra KUV100 online.”) There were more than 7 lakh views of Dubmash videos. This contest was different. For this participants had to be creative. It brought out their innovation and creativity which means high level of engagement of customers.

In my opinion, it is always the best marketing tactic to comprise the current trend as the medium to promote your brand. It is definitely bound to receive high engagement rate. Hence dependence on single strategy for successful marketing and branding is not recommended