The Use And Misuse Of Social Media

Somebody recently commented “If social media was present during the days of Rani Lakshmi Bai and Mangal Pandey, India would have become a free country much before 1947”. I couldn’t agree more! Social media has taken this world by storm. Like all other technological advancements till date, you can use, misuse or abuse social media. The rules are new, and the ones waging this war are people like me and you.

Think of abuse, and for some reason politicians come to mind. They are one breed which has brutally been punished by social media. Mudslinging has got a new medium, and people are venting all their wrath and anger by blasting off tweet after tweet, mocking every aspect of these servants of society. Abhishek Manu Singhvi became the latest victim of what was an incident that could have easily got brushed under the carpet had it not been for the social media. You can’t call up everybody on Twitter and ask 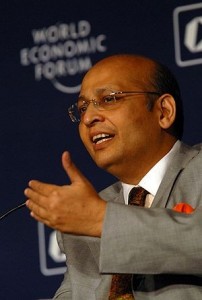 Abhishek Manu Singhvi was always at his oratory best on TV, but YouTube got the better of him. (Photo credit: Wikipedia)

them to stop tweeting, can you? One leaked video on YouTube was followed by thousands of angry, funny, shameless, derogatory tweets, which eventually led to other media also talking about the episode. Finally a pressurised Singhvi quit all party posts. No wonder, Kapil Sibal has been after Google and Facebook to ‘censor content’ and make the web clean. Maybe he saw incidents like these coming?

Social media is as prone to misuse as your computer is to virus. Justice Katju recently said in a letter to Information and Broadcasting Minister, Ambika Soni that “a new practice has developed in the social media, of its misuse for defaming people/groups/religions/communities.” While he was focusing on the larger issue of defamation, there is increasing misuse at all levels and growing concern over the same. Celebrity fake accounts are being made and untrue stories about them are being spread. ‘Hacking at home’ has led to stealing of passwords and accessing the private lives of others, leading to relationship woes and even divorces. A survey by the American Academy of Matrimonial Lawyers (AAML) revealed that four out of five lawyers reported a growing number of divorce cases that cited evidence derived from networking sites.

Till a few years ago, the Jessica Lal murder case was the only example of the media playing a central role in keeping a case alive and doing its best to bring justice. Ever since social media came around, there have been many more people and cases whose battles are being fought in the courts of law because the layman raised a voice on social media. Deaths of Keenan Santos and Reuben Fernandes stunned Mumbaikars and the entire cyberspace. The case was fast tracked and the four accused were booked after the social media raised a strong voice.  Kshama Chopra Shetye, Sanjay Gulati, Loitam Richard, Chhavi Gupta, Dana Sangma are just some of the cases which, but for the social media would have been long forgotten. 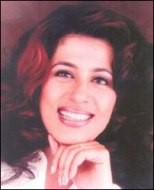 Until a few years ago, the murder of Jessica Lall was perhaps the only major case where media played a major role in helping get closer to justice. With social media around, the layman’s voice is gaining more weight. (Photo credit: Wikipedia)

Social good is difficult to spread because it has no commercial value. Smaller social organisations used to falter at the task of apprising other people of their work and making people contribute. With Facebook and Twitter, NGOs could breathe a sigh of relief. Many unknown social organisations today have a sizeable following on social networks. Their work doesn’t go unnoticed anymore, and in fact attracts the appreciation and attention of people.

Regular attempts at curbing the freedom of the social media will be made, but the truth is that it is leading us towards a new world where the lies will be trashed and the guilty will be charged. It will not happen overnight but change has begun and it is for the good.

← Prev: To reach out to prospective buyers at the ecommerce store of @ home Next: Content marketing and retargeting → Every day, people watch billions of videos. Bloomberg reports that 10 billion videos are viewed on Snapchat every day,...