‘Times Now’ is one of the most watched english news channel of India. Recently India, the world’s largest democracy, witnessed one of the biggest electoral election in its history. The year 2014 turned out to be the biggest election in the country’s history of election polls with about 81.4 crore eligible voters out of the whole population of 120 crores. This election was quite unique in nature as there were around 10 crore new and young voters waiting to cast their vote and contribute in making a difference. Totally, there were 84 political parties with more than 5000 candidates vying for 543 seats to form the government. Over 563 million men and women exercised their right of casting vote in the election and were directly engaged in choosing and forming a new government. The aim of Times Now was to capture this historic moment and present it to a large pool of audience across nations with a thorough and in-depth analysis regarding the mood and opinion of the people.

To achieve the campaign objectives, Times Now ensured that the content provided across different platforms and information dissemination to its audience is done in a proactive manner. Times Now focused on using a blend of mobile applications, social networks, live feeds and SMS service to ensure that their audience can be fed with updated election news during 90 days. 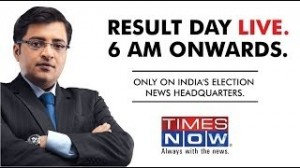 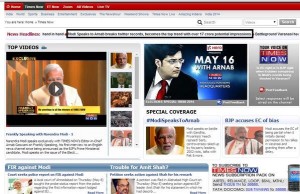 The complete election coverage was available on Youtube in the form of live feed. All this was a part of an election hub specially created by Google for this big event. Another strategy was to use vine videos strategically throughout the election campaign for promoting stand-alone events like debates, breaking news, and interviews etc.