Sentiment Analysis is a technique widely used in text mining. Twitter Sentiment Analysis, therefore means, using advanced text mining techniques to analyze the sentiment of the text (here, tweet) in the form of positive, negative and neutral. It is also known as Opinion Mining, is primarily for analyzing conversations, opinions, and sharing of views (all in the form of tweets) for deciding business strategy, political analysis, and also for assessing public actions.

Sentiment Analysis is a technique used in text mining. It may, therefore, be described as a text mining technique for analyzing the underlying sentiment of a text message, i.e., a tweet. Twitter sentiment or opinion expressed through it may be positive, negative or neutral. However, no algorithm can give you 100% accuracy or prediction on sentiment analysis.

As a part of Natural Language Processing, algorithms like SVM, Naive Bayes is used in predicting the polarity of the sentence. sentiment analysis of Twitter data may also depend upon sentence level and document level.

Methods like, positive and negative words to find on the sentence is however inappropriate, because the flavor of the text block depends a lot on the context. This may be done by looking at the POS (Part of Speech) Tagging.

Sentiment Analysis Dataset Twitter has a number of applications:

Business: Companies use Twitter Sentiment Analysis to develop their business strategies, to assess customers’ feelings towards products or brand, how people respond to their campaigns or product launches and also why consumers are not buying certain products. Analysis of Twitter Sentiment using Python can be done through popular Python libraries like Tweepy and TextBlob.

Tweety gives access to the well documented Twitter API. Tweepy makes it possible to get an object and use any method that the official Twitter API offers. The main Model classes in the Twitter API are Tweets, Users, Entities, and Places. Access to each returns a JSON-formatted response and traversing through information is very easy in Python.

TextBlob: TextBlob, one of the popular Python libraries for processing textual data, stands on the NLTK. It works as a framework for almost all necessary tasks, we need in Basic NLP (Natural Language Processing). TextBlob has some advanced features like –

TextBlob is useful for Twitter Sentiment Analysis Python in the following ways:

TextBlob can tokenize the text blocks into different sentences and words. This makes reading between the lines much easier.

The noun is mostly used as an Entity in sentences. It is also one the most important NLP utility in Dependency Parsing. This is how different nouns are extracted from a sentence using TextBlob –

TextBlob is also used for tagging parts of speech with your sentences. For example –

Here N is basically a number. N-Gram is basically a chunk of words in the group. For a deep understanding of N-Gram, we may consider the following example-

R, a programming language intended for deep statistical analysis, is open source and available across different platforms, e.g., Windows, Mac, Linux.  You can use R to extract and visualize Twitter data. You can create an app to extract data from Twitter.

Once you have your twitter app setup, you are ready to dive into accessing tweets in R

You will use the retweet package to do this.

The first thing that you need to set up in your code is your authentication. When you set up your app, it provides you with 3 unique identification elements:

These keys are located in your twitter app settings in the Keys and Access Tokens tab. You will need to copy those into your code. Next, you need to pass a suite of keys to the API.

Finally, you can create a token that authenticates access to tweets! Note that the authentication process below will open a window in your browser.

Enginuity, even though a paid solution, a basic version is available as a free web application. It works differently from many of the free sentiment analytics tools out there. Instead of directly querying tweets related to a certain keyword, Enginuity allows you to search for recent news stories about the keyword.

The tool then queries both Twitter and Facebook to calculate how many times the story has been shared. It also analyzes whether the sentiment of social shares is positive or negative, and gives an aggregate sentiment rating for the news story.

Enginuity is an awesome tool for finding stories to share through your social channels, as well as getting a combined picture of sentiment about recent events trending on social media.

While Revealed Context does not offer an interface for directly scraping Twitter, it can, however, analyze a spreadsheet of tweets without using the API. With the API, you can build a pipeline that feeds recent tweets from the Twitter API into the Revealed Context API for processing.

Steamcrab: Steamcrab is a well-known web application for sentiment analytics on Twitter data. It focuses on keyword searches and analyzes tweets according to a two-pole scale (positive and negative). Visualization options are limited to scatter plots and pie charts.

SocialMention (Web App): Socialmention is a basic, search engine-style web app for topic-level sentiment analysis on Twitter data. You can enter a keyword, and the tool will return aggregate sentiment scores for the keyword as well as related keywords.

Another attractive feature of SocialMention is its support for basic brand management use case. It returns a “passion” score that measures how likely Twitter users are to discuss your brand, as well as the average reach of the Twitter users discussing your brand.

If you enroll for the Tutorial, you will learn: 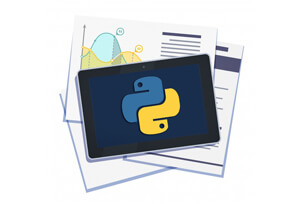 Mastering Python for Twitter Sentiment Analysis or otherwise will prepare you better for a rewarding career in Python. Tremendous growth, enormous learning, and lucrative salary are just some of the well-known perks of a promising career in Python. Add to that the magic touch of a Data Analytics course, and you will soon be counted among the shining glitterati of data scientists.

← Prev: 3 Must Haves To Convert Your Website Visitors Into Sales & Long-Term Customers: Webinar Recording Next: Tutorial on Python Linear Regression With Example →