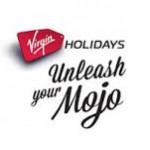 The company has operations all over the world and has been offering services in the field of arranging the holidays. It has the presence since 1985 and is the largest trans-atlantic tour business/operator. Virgin Holidays has earned the reputation of being the market leader in the travel industry. The company arranges tours to USA, Caribbean, Canada, South Africa, Far East, New Zealand, Middle East, Indian Ocean, Australia and Mauritius. In addition to this, it also offers ski programme which is well-established. The company encourages its customers to fulfill their dream of having a world tour and give it a chance to arrange the tours for it. The company has a vision not just for itself, but also its customers which is the secret behind its becoming a market leader.

The campaign has been running since the past six years and is still continuing on the channels such as Tradedoubler and Affilinet. The company appointed a marketing agency to entrust it with the responsibility of taking forward the campaign in a more strategic manner. It wanted to increase the affiliate activity and widen the scope of its overall online delivery system. The company ran a Sale themed ‘Burlesque’ with a core message designed specifically for the campaign and wanted it to be promoted through the affiliate channel.

The company executed its strategies quite well by building strong relationships with its affiliate business partners. There was a role for the publishers to play in the achievement of the desired results through the Burlesque strategy. The marketing agency appointed by Virgin Holidays was able to succeed in getting wide coverage for the company online. The main strategies it adopted and implemented are as follows:

The company wanted to increase its online sales. For this purpose, it chose affiliate marketing to be its partner as it did not have much scope to invest huge amount of money in the achievement of the results. The company shared its vision with a marketing agency and hired one which succeeded in fulfilling its dreams. The results achieved were appreciable and served as a base to rise higher and higher with no big investment.

It performed well and achieved 66% more web sales year-on-year. It not only fulfilled its affiliate (parent) brand’s dream, but also emerged as an example for others to copy in case they wanted to upgrade their knowledge, expertise and relationship building tricks. The conversion rate (Burlesque campaign) through the affiliate channel increased from 0.48% in the previous year to 0.56% in the year 2011 in the month of January. This channel is still the strongest one for the company as far as the conversion rate is concerned. The well implemented strategies resulted in this appreciable rise in the conversion rate for the company.

Affiliate marketing is good both for the parent brand as well as the affiliate partner as both of them are able to achieve results with less monetary investment and in less time. The affiliate partners get the commission for the efforts they put in the promotion of the brands and the brand in turn get increased sales online. The brand can decide a lucrative scheme for the affiliate partners so that they do not hesitate in investing themselves completely in the promotion of the products or services offered by it. When they work in tandem, success is assured for both of them as well as the customers who find it easy to get the information and swiftly act on it. The win-win situation is then created for each and every party involved in the process. Flipkart Affiliate Marketing refers to the process of earning a commission through the promotion and selling of... How to Set up Your Affiliate Marketing in India?

Curious to start an online business and looking forward to Affiliate Marketing in India? Then let me tell you that you...