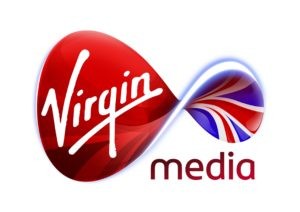 Virgin Media has a decade long presence in the digital world. It is the first service provider in the UK catering to the needs of TV, broadband, mobile phone and home phone (fixed-line). It has the privilege of being the world’s first mobile network (virtual). It is a subsidiary of Liberty Global plc which is operating as the largest cable company with international operations. More than half of the UK’s population enjoys broadband services with 152Mb speed, the public and the private organisations in UK are well connected digitally, thanks to Virgin Media. There are many ‘firsts’ to the title of the company. They are the one to provide 3D and HD TV on demand to a large UK Population.

Virgin Media launched a campaign that coincided with the commencement of English Premier League on August 14, 2010 and ended on May 2, 2011. The campaign that had the theme called mobile marketing/ advertising has a role to play in driving sports uptake for the company. The title of the campaign was well designed and specifically targeted the iPhone users for 3 long weeks in the month of August.

The main objective of the company was to enhance the awareness of HD Soccer (football) packages offered by Virgin Media on mobile phones specifically and strategically targeting the iPhone users under its mobile marketing strategy. The company desired to employ fresh, creative and innovative mobile marketing designs in order to engage the soccer fans when they browse for the internet site on Guardian mobile. The campaign demographically targeted the male soccer fans in the age group of 18-35.

The company designed a smart strategy for its mobile marketing campaign and was playing around to capture the attention of the users at the spark of the moment by displaying an advertisement with a clearly understandable call-to-action that encouraged them to know more about the company and its services. The iPhone users could check out the upcoming events in their mobile phones in the form of a well prepared list in the calendar format. The Premier league sports events whose date had been disclosed up till the month of December were all visible in the calendar format in the iPhone of the users or the targeted audience.

All this was happening with a clear goal in mind and that was to mould the users to step into the mind-set of the brand’s customer. The users had to just click on the banner to view the ad which then opened up in full size and was smartly designed keeping in mind the iPhone dimensions. The ad had two specific call-to-action asking them to check out for more Virgin Media Soccer packages on offer and an option to view/download the calendar for the games that will be broadcasted on television in the coming days. The results obtained from the calendar strategy were quite amazing according to the marketing agency that designed and implemented the campaign. The sports calendar for the entire football season had all the information that a football or soccer fan would love to have such as the game fixtures, the name of the teams that will be playing and the kick-off time to include a few.

The company astoundingly found that the response from the targeted users was very appreciable as there were hundreds of downloads for the company’s packages in the entire football season. It clearly shows that the users found it interesting to keep themselves updated on the soccer related information and they liked to receive the notifications about the sport events throughout the season.

The main results can be summarized as follows:

The results obtained are a direct result of vision, design and implementation of a clear strategy for mobile marketing.

This case study helps in understanding the importance of a clear message delivered in a positive and not aggressive manner to the target audience in order to achieve incredible results. The brand showed the way of optimally and smartly using the mobile phones (iPhones) to its users who were also soccer fans, which in turn convinced them about the sincerity of the brand. The brand provided them the useful information in an interactive manner that helped them take a decision regarding opting for the packages offered by Virgin Media.

Thus, it is clear that a brand that wishes to connect with the mobile users, first need to understand the nitty gritty of the psychology of the mobile phone users and them launch their campaign. The mobile dimensions, the users availability for an advertisement i.e. the time span of making the first impression and a crystal clear advertisement with specific and precise call(s)-to- action are all very important aspects of mobile marketing. The brand could succeed in realising its dream just because it could prepare itself well in advance and provide the users or the football lovers with every piece of relevant information that they were looking for and would have faced a difficulty in finding out the same elsewhere. The experience delivered to the iPhone users was unparallel till then as it was never as easy as this to learn more and more about a sport event.