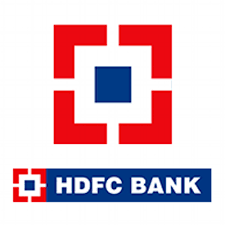 The Housing Development Finance Corporation Limited (HDFC) was amongst the first to receive an ‘in principle’ approval from the Reserve Bank of India (RBI) to set up a bank in the private sector, as part of RBI’s liberalisation of the Indian Banking Industry in 1994. The bank was incorporated in August 1994 in the name of ‘HDFC Bank Limited’, with its registered office in Mumbai, India. HDFC Bank commenced operations as a Scheduled Commercial Bank in January 1995. It is the fifth largest bank in India as measured by assets.

HDFC Bank’s mission is to be a World Class Indian Bank. The objective is to build sound customer franchises across distinct businesses so as to be the preferred provider of banking services for target retail and wholesale customer segments, and to achieve healthy growth in profitability, consistent with the bank’s risk appetite. HDFC bank is committed to maintain the highest level of ethical standards, professional integrity, corporate governance and regulatory compliance. HDFC Bank’s business philosophy is based on five core values: Operational Excellence, Customer Focus, Product Leadership, People and Sustainability.

Social Media is always helpful and only tool to reach entire world within seconds, it may be contest or campaign it will trend within hours. If any giant marketers or companies contest anything it will be positive vibe only, even if they get negative responses they can learn from that.

A well-defined social strategy for Facebook, Twitter, Linkedin and YouTube, enables the highest engagement rates amongst peers in the social media, the largest fan following and a robust e-commerce channel.

HDFC are leaders on Twitter in terms of followers and engagement with the entire BFSI sector as per Unmetric (Independent Social Media Analytics Company).

They are one of the few BFSI brands to have trended.

HDFC Life Approach towards mass audience was a huge hit during #CWC15, the victory for India against South Africa was sensational. HDFC’s Hash Tag #MyTeamMyPride was biggest winner, it was trending in India even before start of the match and also it was fourth highest buzz creator.

HDFC Life used the word ‘Pride’ in its hash tag, an emotion that is synonymous with Indian cricket. Although this was a match that created history, HDFC Life ushered confidence among users on Twitter, even before it started.

South Africa never lost to India in any World Cup Tournament. The odds were against India that morning, but HDFC Life started a positive wave with shoutouts of #MyTeamMyPride. It got the fan enthusiasm to next level and they started motivating team India with various jinx breakers. Everyone was eager to see India beating South Africa so called Jinx breaker slogans and the final appearance of the God himself – Sachin Tendulkar, taking a selfie at MCG grounds, made team India break the jinx.

Various activities drove conversations about previous #INDvSA matches, opinions on whether India will win or lose, and the weakest, strongest players and players to watch out etc. A lot of user generated content was created. A riot of emotions was digitized using the hashtag. Right on the match day, the brand once again fired engaging Q&A on user timelines. Beginning with, who will win the toss to popping out interesting questions, HDFC Life kept viewers close to the second screen. The concept of second screen gives way to two way communication. There are parallel conversations taking place between friends, brand and user, strangers with common interests and families too. These conversations were bound together with #MyTeamMyPride. During the 1st innings, selfies were invited and the audience was asked to share superstitions. This warmed up conversations. During the 2nd innings, the brand extended the Indian habit of prediction, online. Users were encouraged to predict the loss of wicket. While this activity accelerated responses, slogans about breaking the jinx started doing the rounds. During second innings many more people joined conversation and tweeted their heart out by cheering India. Emotions have always been weaved into an insurance brand’s marketing activity. India’s skin of emotion HDFC Life extended this online. The return on initiative was great, considering the activity was short term. The hashtag gained immense appreciation.

#MyTeamMyPride Batsmen are not middling it!! Meri team meri jeet!! Guess the bowler with most no. wickets & win flipkart vocuhers #IndvsPak

Some important takeaways from this campaign:

10% engagement received on the hashtag

Achievement: HDFC Life was at No. 4 amongst the Top 5 Buzzed Brand during the two World Cup matches. #MyTeamMyPride trended in the top 10. #India Trends during IndvsPak and IndvsSA.