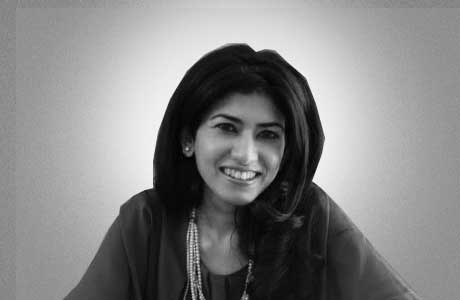 Swati Bhargava is the Co-founder of Cashkaro.com, India’s largest Cashback & Coupons site. Through Cashkaro, members can get Extra Cashback on their online shopping with various established brands.

In her current role, Swati is leading the marketing team and spearheading the expansion of Cashkaro into different verticals. She has successfully managed to get over 500 e-commerce partners on-board including Amazon, Myntra, Yatra, Jabong.

An extension of the successful entrepreneurship, Pouring Pounds in the UK, Swati with her spouse Rohan Bhargava decided on playing her trump card in her homeland in April 2013. Swati from Ambala, a small town north of Delhi was offered a scholarship to study in Singapore at a tender age of 16 after which she bagged a scholarship to study at the prestigious London School of Economics (LSE). She graduated from LSE with an Honours in Mathematics & Economics in 2005.

After her summer internship at Goldman Sachs in London, she was offered a full-time role and joined the company immediately after her graduation. Swati worked in the Credit Structuring and Sales team within the Investment Banking Division for 4 years. She then moved to the Executive Office where she managed the Client engagements and relationships for the Co-CEOs of Goldman Sachs International, Richard Gnodde & Michael Sherwood. Working closely with the senior management, boosted Swati’s confidence and further enhanced her communication skills besides gaining experience in the field.

Swati left Goldman in 2010 to start her own enterprise, Pouring Pounds, B2B Cashback business in the UK in July 2011. Perhaps it’s her leadership quality and grace that has got her many accolades. She has consistently been a scholarship holder and was among the top 40 people from all over India who were offered the Singapore Airlines scholarship. She was also shortlisted for the Asian Woman of Achievement Awards in the UK in 2011. A regular speaker at many high profile events in London, she is often invited to the prestigious London Business School Annual Conference.

A trained yoga teacher, Swati begins her day with yoga and morning walk. An ardent believer in ‘positive thinking can create life-changing results’; her positivity resonates in Cashkaro’s work culture. No wonder she’s a die-hard fan of ‘The Secret’ by Rhonda Byrne.

Swati loves to travel and shop. A fashionista by choice, it’s no surprise that she chose to float Cashkaro that helps customers get maximum savings while satiating their desire to shop and shop more!