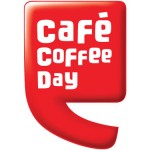 They used right social media platform and that too at appropriate time. They got involved in twitter because Twitter has a strong dedicated fan base that use the service frequently. In order to fulfill its objectives they executed an efficacious marketing strategy. The approach was insightful, well-timed and brand relevant which leveraged Twitter through #CCDFootballquiz. They created a football quiz for the fans. The quiz was conducted on 11th June 2014, a day prior to the world cup. Only people residing in India were allowed to participate in the Quiz. In order to be part of the quiz participants were supposed to follow @CafeCoffeeDay on twitter and hashtag #CCDFootballQuiz. This was the criteria for participation. The format of quiz was that Cafe Coffee Day asked 10 questions pertaining to football and winner was announced after each question. Ten winners were announced eventually. As each winner got Rs 1000 moments card from Cafe Coffee Day and this led to considerable participation. Finally at the end of the Quiz they asked their participators views and suggestions regarding Quiz. The quiz was quite success on Twitter among Cafe Coffee Day followers which was proved by its trending hashtag. Give them what they want and get what you need it was excellent strategy applied by Cafe Coffee Day. Thus they smartly executed the quiz and in return got over-whelming response from the participators.

As Cafe Coffee Day integrated their online efforts around football Worldcup madness and thus was quite successful in achieving the desired objectives.

From the given data we can analyze that there hardly negative response just positive or neutral. They saw positive lift and on average they saw increase engagement by 75 percent.  Cafe Coffee Day knocked it out of the park by tapping into what #Worldcup audiences truly want football. They timed their tweets according to up-to-date game information. As quiz was regarding football all the tweets were related to football players or topic surrounding it. Strategies were executed pertaining just to football, Cafe Coffee Day and no other rubbish tweets. With 75% lift, no one can deny the accuracy behind Cafe Coffee Day Worldcup strategic marketing.

Undoubtedly Twitter is a productive social media platform for audience engagement. Twitter is particularly popular among those under 50 and the college-educated.  Twitter has a dedicated and loyal user base, those who love it and use it frequently. This makes it an option worth considering for advertisers who want to target a reliable audience. Twitter has 271 million active users across mobile and desktop. Cafe Coffee Day acknowledged Twitter’s trend during Football world cup 2014 and smartly executed its marketing campaign. Its objective of targeting desired audience was achieved phenomenally. Their tweets were in sync with targeted audience and this led trending of hashtag #CCDFootball quiz. It was tweeted and re-tweeted among participators. Certainly Twitter played a significant interacting media tool between Cafe Coffee Day and its consumers.