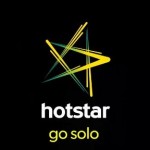 Hotstar is owned by Novi Digital Entertainment Private Limited, a wholly owned subsidiary of Star India which was launched in January, 2015. But star officially launched the domain and the mobile app in February 2015, just before the ICC cricket world cup 2015. It has expanded its offering with 35,000 hours of content, spread across 8 languages from the entertainment, movie and sports channels.

In India, the internet speed is a problem. So the initial aim for the developers to make the platform to operate even at as low as 50kbps. So, great video experience on any bandwidth – even on 2G! It was developed such a way so the application can run on as many as 7,000 operating systems any screen sizes.

According to a survey, more than 78% of the 152 million Indian internet users are mobile and the average spending on mobile internet is Rs. 235 per month. So, surely Star has seen some potential in Hotstar to be a game changer. STAR INDIA is expecting that the platform will contribute around 20-25% to the overall revenue for the company in the next 4 years.

In case of watching videos everybody prefers youtube, but in case of latest movies and television shows youtube cannot satisfy users expectations. And here comes the Hotstar app. The Daily Soaps are not the only thing that you can watch on this app, it even lets you stream live telecast of nearly every international sport on your Phone that has been broadcasted on any of the Star Sports channel. With 10 million downloads in the 40 days since its launch, Star India’s mobile application Hotstar is undoubtedly the hottest digital media product today.

There are about 20,000 advertisers on television for this newly launched platform across all TV channels. Whereas there are 500,000 advertisers on digital marketing platforms. Digital media is expected to grow at 37% in 2015, compared with an average rate of 35% over the last two years, so star India will open up a large scale of advertising in this country. It approaches to a  larger and valuable target audience, the younger generation and also those in the 25-and-above age bracket, wanting to consume content on the go.

Moreover, Hotstar has done brilliant job when it comes to optimizing the search engines.More than 12% of their visitors come from search engines like Google,Bing,Msn,and Yahoo.The investment on this platform by Star stands around Rs 1,200 crore over five years.

It was launched on 1st of February and became the fastest to cross one million download mark in six days. It outdid apps like Facebook (10 months), Instagram(2.5 months) and Twitter(one year), the app has managed to achieve an average TSV (time spent per viewer) of 24 minutes a day.

According to ALEXA, Hotstar is now ranked 123 among all websites in India, and the global rank is 1997, which is improving day by day. It is the most reached online sports platform according to the TeleWeb Audience Measurement system.

According to Alexa ranking, Hotstar’s global rank is 1997. And it’s improving day by day. And the ranking in India is now 123 among all the websites.

On October 15th, the visits on hotstar is near 26 million

According to similarweb.com the average monthly visit of hotstar is nearly 30 million,with ‘time on site’ is around 6minute. 1.39% of the total visits are from the social networking sites. And that has to be a successful marketing campaign.

Average monthly reach of some channels across India Hotstar is the the highest served platform on internet in India

First of all there was a dream to build something that is unique and they did it. Hotstar is now the numero in this industry. Though there are some other platforms providing the same service but Hotstar is way more ahead form it’s competitors like SonylLIV,nexGTvHD,yuppTV,ColorsTV. If a correct marketing strategy is opted for a good product like Hotstar it will get high traffic for sure. With right direction, Hotstar will get only better.

← Prev: Advertize Your YouTube Videos On These 5 Platforms Next: Webinar Recording Of The Era Of Brands As Publishers: Insights From Intel Social Content Strategy →