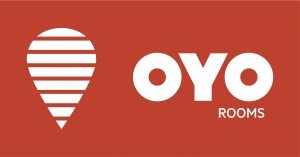 OYO Rooms is an online aggregator of budget hotels in India claiming to be the largest chain of hotels.

Budget hotels in the country. It was started in 2012 by a 17 years old college dropout Ritesh Aggarwal The aim was  to change the Indian hospitality business with the help of technology.  OYO Rooms partners with hotels with the aim of standardization on various measures in each room including free wi-fi and breakfast, flat screen TVs, spotless white bed linen of a certain thread count, branded toiletries, 6-inch shower heads, a beverage tray and so on. They give customers to the hotels and keep a percentage of profits with them.

The standards are audited every few days so that the customers are assured a quality experience. OYO’s budget stay rangeS from 999 to 4,000 rupees. OYO provides property owners with support such as quality standardized supplies and service training. A hotel can be added to their network within 5-6 days after signing of agreement.

OYO Room’s growth is marvelous starting from One Hotel in Gurgaon in 2013 to 4500+ hotels in more than 173 Indian cities including Ahmedabad, Delhi, Gurgaon, Jaipur, Mumbai, Bangalore, Hyderabad, Goa, Chennai, Kolkata, and others. With the onset of 2016, Oyo marked its footstep in Malaysia as well. The company is backed by investors like the Softbank Group, Greenoaks Capital, Sequoia Capital and Lightspeed India.

OYO Rooms has one objective to offer standardized stay experiences at an unmatched price. Oyo provides standardized hotel rooms with features such as an air-conditioner, TV, complimentary breakfast and Wi-Fi with 24×7 customer service support. OYO rooms can be booked online using Mobile app. Also they have their presence in all the travel/booking websites.

OYO’s model is simple: it adopts hotels to get them in its fold; gets them to follow certain standards of services, features, staff, pricing, security etc. and then sells their rooms under its own brand, for a certain cut. This new segment operates on the asset-light business model, and is a sure a change element for the traditional capital-weighed-down hospitality..According to a research carried out by CB Insights for The New York Times, OYO Rooms has been deemed as one of the upcoming start-up unicorns.

OYO doesn’t own any of these properties, and instead, invests in marketing and management quality improvement for the hotels under its fold. It’s a win-win for OYO and the hotels, many of whom just don’t have the network, knowledge or the budget for smart marketing, and they run empty. OYO helps them improve their yields.

To retain its ranking and perform way above the competitors OYO is focusing on the mass as well as on digital marketing section aggressively for lead generation and customer acquisition. It is strategizing to use all means of social media by targeting potential customers based on their interest, behavior and other parameters which are readily available via digital marketing.

It has strong social media presence on Facebook with over 2.7 lakh fans and a Twitter following of over 8,000 followers. The brand claims to have over 1.5 million app downloads with a good number of active users. To fast track its growth, OYO Rooms is organizing several campaigns on social media platforms such as:

Along with expanding its business and numbers, OYO needs to really pay attention to Customer feedback and reviews as it’s the service offering industry. Also it needs to bring in more stringent offline quality control mechanisms on-board to manage customer experience and keep the brand growing. Thus, it surely becomes imperative to learn social media.