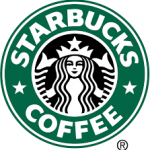 Starbucks is a coffee house chain. Starbucks Corporation currently doing business as Starbucks Coffee is an American global coffee company based in Seattle, Washington. It is the largest coffeehouse company in the world with 21,160 stores in 63 countries including 12,067 in United States alone , 1570 in China  , 1451 in Canada , 1070 in Japan  and 793 in United Kingdom. Starbucks locations serve hot and cold beverages, whole-bean coffee, micro ground instant coffee, full-leaf teas, pastries and snacks.

Starbucks is headed by Howard Schultz (Starbucks Chairman, President and Chief Executive Officer). Howard was captivated by Starbucks coffee from the first time he tasted it in 1981. A year later, Howard Schultz joined Starbucks. Couple of years later, Howard traveled to Italy and fell in love with the Italian coffee bars aura and the overall coffee experience which traditional coffee bars offered in Italy. He decided to bring the same concept of coffee drinking to America. As per his vision, a coffee house should be a place where one can have conversation with friends and colleagues over a cup of coffee and it should give us a sense of community. Rather, it should be a place between work and home where people can engage with each others.

Howard left Starbucks for a short period of time to start his own venture but returned a couple of years later. In August 1987, he purchased Starbucks with the help of a few investors.

Starbucks started out with a mission to inspire and nurture the human spirit – one person, one cup, and one neighborhood at a time.

With this vision in mind, Starbucks today is the world leader with over 21,000 stores in 65 countries,  Starbucks is the premier roaster and retailer of specialty coffee in the world. Starbucks outlets serve hot and cold beverages, whole-bean coffee, micro ground instant coffee, full–leaf teas, pastries and snacks.

In 2010, Starbucks developed and implemented an application for iPhone and Blackberry users called ‘Starbucks Card Mobile Application’ for customers in the United States which was later extended to Android devices as well. The main feature of this application was a 2D barcode which was generated on the customers mobile device which had to be scanned and used as a payment confirmation in stores. The Starbucks Card Mobile App connects iPhone, Android and BlackBerry devices to prepaid Starbucks Card accounts to enable barcode-based checkouts. The app acted as an extension to the already existing reward card available to the loyal customers of Starbucks. It was referred to as the “fastest way of payment” and was marketed advertising its benefits in saving time and making purchases more convenient for the customer. The customer did not have to stand in long queues and pay in cash. It improvised the entire customer experience.

The mobile app became extremely popular with the consumers of Starbucks Coffee as it was user friendly and saved time. As per Starbucks Coffee, more than 10% in-store transactions are made via mobile phones.

Mobile marketing will play a major role for future marketing strategies. These lessons may establish mobile marketing as an important channel to reach and interact with consumers and may give rise to a higher level of emphasis placed on the use of mobile devices in the marketing mix.

From this case study,  key marketing lessons are learned. These include:

1. The importance of mobile marketing in strengthening customer relationships- Service delivery through mobile marketing has appeared as an effective and efficient means of building a successful differentiation in a highly competitive market. Mobile technology can be leveraged to develop and create positive experiences for the consumer.

3. The potential for more intensive interaction and value creation- The mobile phone can be used as a direct marketing channel for marketing activities without any geographic restrictions.

5.The limitations and risks of mobile payment technology- In a general context and in the case of Starbucks. Firstly, App is only available to smartphone users and if a consumer is not a smartphone user, the access to the service is not available. Secondly, some countries may not be able to support the infrastructural requirements of the App thereby limiting its use in such nations Thirdly, some consumers may find the trial of the App difficult. Though the App can downloaded for free to experience this method of payment in-store, they need to open an account and upload credit for the transaction. This requires more commitment from the consumer than he is actually willing to give.Fourthly, the App requires specialist card readers in-store which might be expensive for some companies to install. Fifthly, the mobile payment mode is not widely accepted by society as a whole as customers do not view mobile payment technology as a safe financial transaction and are vary of financial security.