Learn How To Create Viral Videos from Aashish Chopra, Head of Content Marketing at ixigo 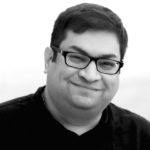 Aashish Chopra is an award winning viral video marketer, having made and marketed videos with millions of shares and gazillion views, with one becoming Asia’s most shared branded Facebook post (Campaign Asia) and other getting 40 million views in a week. Here’s an interview with him:

Aashish: The tag of ‘viral video marketing’ brings with it an invisible pressure of making viral videos everytime. A viral video to me was nothing but a happy accident, when your stars were in the line and you had the blessings of a guru. The game changed for me after I had my first viral, and that scared the hell out of me. Scared, because if I couldn’t replicate it, forget the video, my short-lived success would also become an accident. So I started obsessing about the method to the madness in viral videos, frantically taking notes on my phone over an year. The learnings from one video, I applied to another, experiments became best practices and one viral after another, I was suddenly speaking on ‘viral video marketing’. In my career, I built websites, ran social media campaigns and created thousands of infographics. I realised how everything in the digital world, revolves around content, and remarkable content at that. I had been fascinated by videos, so I joined a three-month weekend classes for filmmaking, and then spent then next three months unlearning the stuff that didn’t matter in web videos. I remember the first video that went crazy, I had shot it with three cameras attached to my car, shooting for 6 hours, then coming home to edit it, the next morning the video was on NDTV, IBN and I was on Radio Mirchi! Viral is a result and not in my hands, what I have learnt to focus on, is to make it share-worthy.

How did you get the idea of creating a video on Unusual Beaches on Earth?

Aashish: The ‘Unusual Beaches’ video was born out of our crazy experiments with visual content. I run content marketing like a movie studio, we do ten experiments hoping two would work. The unusual beaches video was in-fact a photo gallery destined for Facebook, before I hit ‘post’, I thought.. wait a minute.. these are some amazing pictures, can’t we make a video out of it? So with the learnings we had over the last two years, we went on to experiment in creating a video listicle. A photo gallery on steroids, made for lowest attention span and native to mobile screens. And boy did the experiment work, it went on to hit 40 million views in first week, sky-rocketing app installs for ixigo, and adding a quarter million fans to the Facebook page. All organic.

Can you please take our readers through the journey of creating this awesome Video? How many versions you’d created before the release of the final Video?

Aashish: Video making for me has become a crazy iterative process. Once we put together the basic bones of the video, we go through numerous iterations, to fine tune it. The goal is not for getting the views, but honest, compelling ‘shares’ from the users. And to get that share, we need to respect their time, not take them for granted and provide value. In every iteration something gets added or deleted to the video. It’s when we’re happy, and take feedback from other teams in the office (who are objective to the whole idea) that we line it up for release. And all this is just half the game, the other half is in distribution.

What were the key objectives behind creating this Video?

Aashish: The objectives for every video are the same: Catapult our numbers (reach, engagement, app installs etc.) with compelling share-worthy content on near-zero budgets. Some experiments work, some don’t and some blow our mind with crazy growth. For example, on Day 2 of the unusual beaches video, it was growing at a staggering 11,000 views per minute! With our focus being on experiments, and learnings from those experiments, the videos smash old benchmarks and create new towering goals. The learnings from the ‘Unusual Beaches’ video made the next video hit 2 million views, the one after hit 12 million and the fourth in line.. well that didn’t work. And that’s the game 🙂

How did you manage to achieve 1 million views in just 10 hours and that too on a zero budget base? What were the key reasons for success?

Aashish: Hitting the magical million in ten hours was crazy. Every viral video snowballs, accelerates like a plane taking off. This one was way faster that anything I had ever seen in my experience. ‘Viral’ is a result, we never focus on making it viral or hitting a million views, the obsession is about making it share-worthy. Coz even if it doesn’t hit a million, good quality content has a way of coming back in news-feeds and surprise you. A video we did couple of months back hit a million views in a week and plateaued. But in a three months suddenly it hit 2 million views and then 6 million. If we keep our focus on creating kick-ass quality, if not instantly, it will work eventually. And if it doesn’t, well that’s where the learning lies 🙂

Aashish: YouTube has been the platform of choice for long before Facebook arrived on the scene. For video distribution on YouTube, you either need a solid subscriber base or mentions in the news, which sky-rockets the views. And it takes a long time to build the momentum on YouTube to build that subscriber base. When Facebook opened up to videos, suddenly  the video distribution was open to the Facebook fans for every brand. Also, I believe Facebook has sharing in it’s DNA, YouTube not so much. And with the way Facebook is promoting videos, this is the best time to align with it.

According to you, what should be the ideal length of a video?

Aashish: When we’re making a video, we’re looking at anywhere between 1-3 minutes. Human attention span is the lowest right now and with chaotic news-feeds, it becomes a challenge to get that attention, and make them watch the whole thing and then get a share. We haven’t yet experimented with longer videos, but that’s in the pipeline. What’s important is that the first impression of the video in the news-feeds (video thumbnail image) needs to be compelling and then the first 3-6 seconds make or break the video once it starts playing.

You have chosen square video resolution, why?

Aashish: Movies and videos have always been rectangle if you look around. It’s because movie screens were rectangle, so were TVs. But with mobile devices fast becoming video consumption devices, the rectangle videos seem a little weird choice, considering we use phones vertically. So we chose to make the video native to mobiles, hence the square video. The square video starts playing instantly and you don’t need to tilt your screen and takes up more space on the phone, compared to a rectangle video without tilt. I guess I’ll go ahead and experiment with making an out and out vertical video, a big no-no in the filmmaking world!

Can you share top 3-5 resources (blogs/sites etc), which one can refer to stay updated about Video Marketing?

Aashish:  For video marketing I love Buzzfeed and their videos. The more you watch videos which have hit millions, the more you learn. I have subscribed to many Facebook pages which post videos and when I see videos with millions of views regularly in my news-feeds, it inspires me to beat that. The beauty of Facebook news-feeds is that with all those videos coming from world’s greatest brands, be it buzzfeed or new york times, I subconsciously compete with those, instead of anything else. To learn more about video marketing, do check my blog which I update regularly with learnings, best practices and insights. www.aashishchopra.com

What’s the science and art behind replicating such viral video success?

Aashish: The science is in understanding the medium and platforms where your videos play. The science is in making videos for mobile audiences, in recognising low attention spans, in realising the chaos of news-feeds where videos get picked up and in taking your non-visual content which has worked well in the past and visualising it in a video. The art is where we bring it all together, stop the user in the news-feeds, grab their attention, hold their hand and take them on a journey for 1-3 minutes. The science part is easy, insights are everywhere, the part about Art comes from building up the skills and honing the craft. Will Smith once said.. Art is what you’re born with, but craft is what you work tirelessly on. And hard work beats talent, when talent doesn’t work hard 🙂

What’s your advice to people who aim to create Video Marketing success?

Aashish:  If you want to create video marketing success, start with obsessing about your users, your audience. Solve their pain points, come up with creative solutions to everyday problems, celebrate their lives, their nuances in relation to your industry, provide value, inspire then, curate ideas and always look out to news-jack (breaking news+your brand DNA). Once you have honed the skills in coming up with topics, next is in creating the visual story around it. If you’re willing, learn basic editing, shoot something on your phone and edit. If you’re a business looking to create videos on near-zero budgets, have the idea ready and research and find a video which matches the sensibility you want, then hire filmmaking students, they are passionate, skilled and love to work on exciting projects. The focus in the end must be to create something share-worthy, not a viral. Viral is a result.

Going viral, sounds interesting? Learn more via webinar led by Aashish on ‘Learnings of a Viral Video Marketer – Finding the Method to the Madness’.