Why Jet Airways Is No.1 Among Indian Airlines For Social Media Practice

According to a recent study by Buzzom.com on Indian Airlines, Jet Airways has emerged as the most active domestic airline on social media, followed by other airlines like Spice Jet, Kingfisher, Air India, Indigo and Go Air.

When the online conversations about various domestic airlines were studied, Jet Airways was found to be the most popular. The airline received over 4,000 conversations on various networking sites, in a time span a short as two weeks. 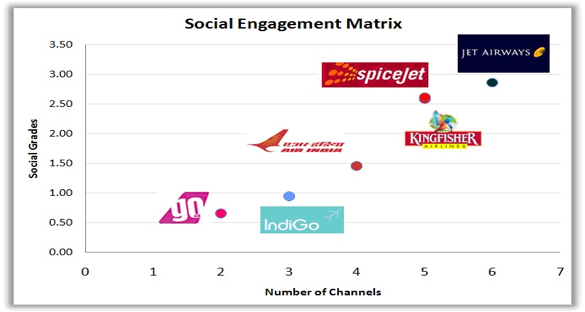 Their primary objective of being on different type of social media channels is to inform and update their guests on all the recent developments on a real-time basis and build a strong relationship with them. The feedback and comments they get from guests on these social channels are used internally to create new products, improve their processes and enhance the service levels.

Here is what we can learn from their social media practice:

On last count, Jet had 211,369 fans on their facebook page, the highest among Indian Airlines. Some of the features on their facebook page are information on special offers, convenience of booking on Facebook through a widget, customised landing page for new fans to get an overview of the airline without having to leave the page, flying tips for their guests, crisis updates, awareness of various products like JetMobile, check-in options, online booking etc.

Aside from that, Jet are also running contests on the regular basis around events like Valentine’s Day, Women’s Day etc., throughout the year. In short, they are keeping potential customers engaged with their brand by providing an interesting mix of content intelligently pre-planned and scheduled to be posted on particular days.

Jet uses Twitter to engage with their customers by responding to their queries or complaints and updating them on recent news. No wonder they have the largest follower base among Indian Airlines with more than 8,400 followers, and consequently a high klout score of 53. They retweet the positive tweets and try to help address the problems in case of complaints or queries.

A high level of engagement can be seen on their twitter page. One good Twitter practice of Jet, apart from engaging with their followers is that they favorite all the tweets with appreciation of Jet which serves as a ready made reservoir of real testimonials from the users.

Jet has its official channel on Youtube but they haven’t been able to leverage on this platform yet. They have lot to learn from rival Kingfisher Airline’s youtube channel which has more than 460,000 channel views. They seriously need to create some interesting videos which viewers feel like sharing with their social networks. Right now the videos which they have created are very boring, so obviously they are not getting any views.

Jet became the first Indian operator to have a presence on foursquare. Jet has created interesting tips and offers which are provided to users on checking-in at various locations such as airport lounges, counters, offices, etc using their mobile phones. Jet Airways also plans to leverage the Foursquare platform by utilizing a wide set of tools such as virtual badges to engage and retain its guests in the near future. Jet’s tips during the check-in at New Delhi Airport

Jet also recently created a company page on LinkedIn. Again, Jet is the first airline in India to showcase its products on LinkedIn, keeping guests updated with the latest initiatives and additional services to enhance their travel experience.

The LinkedIn initiative will help make the airline an integral part of their guests’ (especially the corporate customers’) travel plans and also increase awareness among individuals who seek to experience its services. 2800+ followers on LinkedIn Page. They even got appreciation from Hari Krishan, head of LinkedIn India for having a neat clean LinkedIn page and being clear on their social media strategy.

Appreciation from a Customer 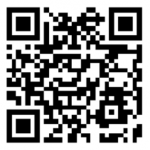 Jet has also been the early adopter of QR codes. It provides synopsis of product features, advertisements, etc with QR codes across our various communication channels including its Facebook pages, JetWings (the in-flight magazine), business cards, press advertisements, etc. To access information, users simply need to scan (take a picture) of the QR code (using a QR code reader) with their smartphone which will redirect them to Jet’s mobile site (m.jetairways.com) which will have the information they seek.

Jet also has a presence on Flickr where they upload day to day pictures of the Jet’s culture, whether it be their ground staff, cabin crew etc. This has been done to have a peek into daily life of Jet which represents a cool image. Although they are yet to gain some substantial traffic to Flickr but continuous updates show their commitment.

Join the Social Media Certification Course to learn Social Media Marketing and build a lucrative career in it.

← Prev: Imparting Education at Schools & Colleges Using Social Media Next: Why HDFC Is No.1 Among Indian Banks For Social Media Practice →