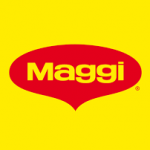 Maggi seems to be just that perfect quick-snack between meals and is so easy to make that kids sometime make it alone. At the end of May 2015, India’s Food safety administration (FDA) ordered Nestle India to recall its popular Maggi noodles after tests showed that the product contained high levels of lead and MSG. Hence, the 2-minutes ready Maggi Noodles ban in India was declared.

The company used various social media channels to take care of its image while the media was putting questions on its image.

Nestle India is preparing a blueprint for a possible re-launch of the Maggi instant noodles brand.

Industry experts and analysts feel the issue of the recall and ban of Maggi noodles in India is likely to be resolved in the next three to six months.